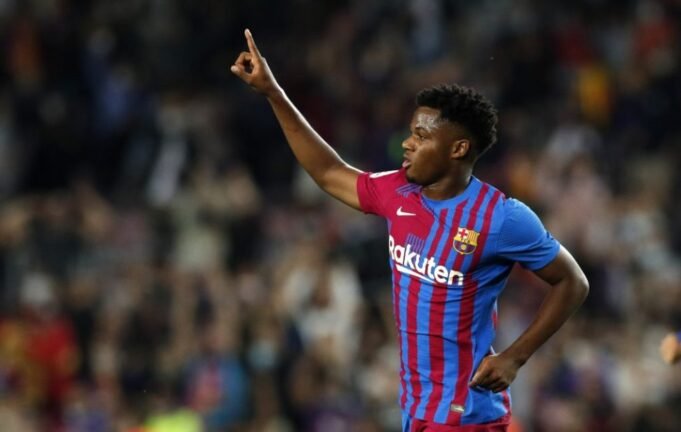 Ansu Fati is currently in Qatar for the FIFA World Cup 2022. His selection to the Spanish team for the upcoming World Cup was by far the biggest surprise in Luis Enrique’s final squad.

The Spain head coach had been pointing out Fati’s lack of progress due to injuries for months, before eventually including him in his final squad. The youngster has suffered much from injuries and had not played enough to warrant a call-up.

Fati is prepared to make full use of the opportunity and make a name for himself in the World Cup.

In a recent press interaction, the Barcelona attacker confirmed the same, while thanking Enrique for the selection. “I feel no added pressure of playing the World Cup, I’m ready. I want to thank Luis Enrique,” he said (h/t Barça Universal).

Luis Enrique also spoke to the media after Spain’s 3-1 friendly win over Jordan on Thursday.

While talking on Ansu Fati, he said: “Ansu Fati’s performance is good news and he found the goal which is very good for us. I am happy with what he did on the pitch. It will help us.”

Fati has had a slow start to the season so far. He has earned only three starts in the league, falling behind Ousmane Dembele and Raphinha in the pecking order.

His contributions in the final third could be critical for La Roja, in their bid to once again clinch the World Cup title next month.

Martinez to Barcelona in jeopardy after Messi fiasco