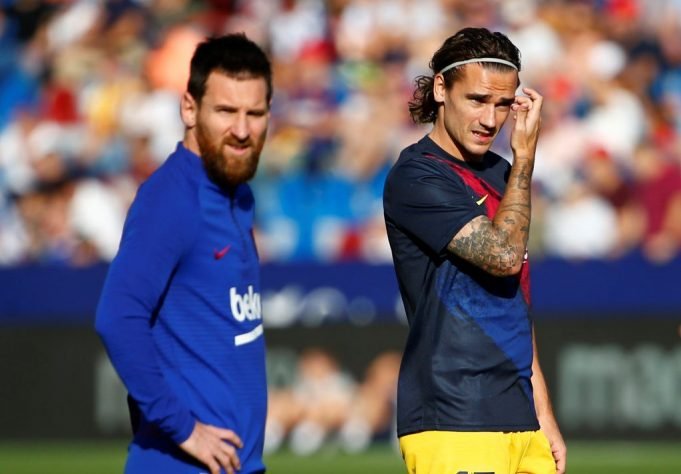 Antoine Griezmann admitted that he is still adjusting to playing alongside Lionel Messi.

The Frenchman is enjoying life at the Camp Nou after his £120m switch from Atletico Madrid last summer.

He ended his 5-match goal drought by scoring in a 2-1 win over Getafe but also missed a great opportunity teaed up by Messi, late into the game. He said, “We knew how hard Getafe would be to play against. They put a lot of pressure on and pressed high. They are third for a reason but we kept cool, tried to play the ball well from the back. It was tough but we suffered and won.

“I’ve been here six months, we still have to learn. I have to learn [Messi’s] movements and he has to learn mine. We’re enjoying the work we put in together and it’s getting better and better all the time. I’m very happy and really enjoying myself here. I missed a chance which I shouldn’t have done, it came to my weaker foot but luckily it didn’t matter.”

Barcelona closed their gap behind Real Madrid to just one point after their rivals drew 2-2 against Celta Vigo.