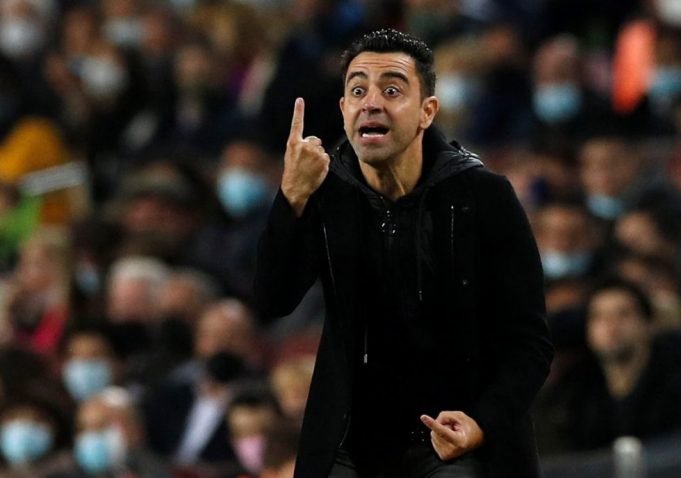 Are Xavi’s Barcelona the Real Deal?

There were some questions raised when Xavi Hernandez was named as Barcelona’s manager on November 6 2021, considering his relative lack of experience and given the scale of the task ahead of him. But in the five months since, he has steadily gone about proving those doubters wrong. In La Liga, Xavi has amassed 13 wins, four draws and a loss in his 18 games in charge, while also leading them to a Europa League Quarter-final berth.

Performances have vastly improved since the Spaniard took over the reins from Ronald Koeman, highlighted most by their 4-0 demolition of arch-rivals Real Madrid at the Bernabeu in March. It is extremely unlikely Barca will challenge Real for the title this season, Xavi looks set to guide Barcelona to a second-place finish and cement Champions League football this year, with their odds as low as 1/100 according to the best betting sites, which had looked in doubt after a rocky start to the season.

Barca’s woes under Koeman are a thing of the past

Ronald Koeman’s reign as Barcelona manager will not be fondly remembered by Culers. His 14 months in charge were riddled with poor results, weak performances and although out of his control, massive financial woes. Koeman was sacked following their 1-0 defeat at Rayo Vallecano in October, and spoke to Dutch newspaper AD about his time at the club.

He said: “Barcelona didn’t give me the same time as Xavi. It is still painful for me. I was working with many injured players. Now Pedri is back in shape. Ousmane Dembele’s back. Every coach needs time and patience from the board.

“[Joan] Laporta told me a thousand times that Xavi would not be his coach because he lacked experience. But I was not Laporta’s coach. I had that feeling from the first moment. After he was elected there was no click. There was a lack of the necessary support from above.

“I really wanted to succeed at Barcelona, but I realised that Laporta wanted to get rid of me because I was not appointed by him. You won’t see me at Camp Nou for a while, I can’t do that yet. With this president, I can’t pretend that nothing happened.”

While it is clear Laporta was trying to remove Koeman for months before he was finally relieved of his duties, all signs seem to point to the fact that the Barcelona President was right to make the move. When Xavi joined the club, Barca were languishing in ninth place in the league, and since he has joined he has got them all the way up to second place with six wins in their last six.

Laporta made it clear how happy he is with is new manager, telling the club’s official media: “Xavi has responded magnificently well to the opportunity that Barcelona have given him because he is a coach who knows the club, who loves the club, who respects the club’s decisions and who has the personality not to be influenced. He is clear about how we have to play and he is a hard worker, he loves football and that makes him live constantly what Barcelona is and what the team is. I’m very happy to have a coach like Xavi.

When a young manager gets a big job, fans are always looking out for them to provide a big signature win early on in their tenure to prove they were worth the risk. There is no doubt that the 4-0 victory in El Clasico at the Bernabeu on March 20 was that signature win for Xavi. His side were absolutely sensational, and remarkably, it’s fair to say the scoreline flattered their opponents. In reality, it could have been far more than four. Goals from Ronald Araujo, Ferran Torres and a brace from Pierre-Emerick Aubameyang gave the Blaugranes the victory on a day where they outclassed Real Madrid in all facets.

After the game, Xavi said: “I don’t know if we can win the title, we can’t rule out anything. Maybe we’re a bit late, but this is a very big win for us. We were much better than Real Madrid. We played almost as a home team in the ground. It’s a day to enjoy, not only as a Barca manager but also a fan. We could easily have scored five or six. We changed our negative dynamic of losing the last few Clasicos.” As Xavi said, it may be too late to compete with Real Madrid for the title this year, as they find themselves 15 points back with a game in hand on their rivals, but the future was always in mind when Xavi was appointed, so this year is somewhat of a free hit for him.

Xavi getting the best out of his January transfers

Barcelona’s incredible resurgence in form has coincided with their return to the transfer market. Last year, Barca spending any money on players seemed completely impossible. But in January, they returned to the transfer scene. At the unveiling of Torres, who cost the club €55 million, Laporta said: “We still have our status in the transfer market. Everyone can get ready because Barca are back; the arrival of Ferran shows that. We’re a reference. Barca’s resurgence is a reality and the football world has realised that.” This warning would have scared Barca’s biggest rivals, knowing they can compete for any player in the world. They followed that up by signing Aubameyang on a free transfer and Adama Traore on loan from Wolves. Torres and Aubameyang have been nothing short of sensational since they joined, with the Gabonese forward netting eight times in his first nine La Liga appearances, and Torres scoring four and getting three assists in his 10 Barcelona league appearances. Traore hasn’t been quite as prolific as the other two, but his raw pace and strength has shown to be dangerous for La Liga defences in flashes. If Xavi can get proper backing in the upcoming summer window, and build on what he has already started at the club, he could lead Barcelona back to battling it out with Europe’s elite clubs.

Eric Garcia To Potentially Move To Barcelona Next Season