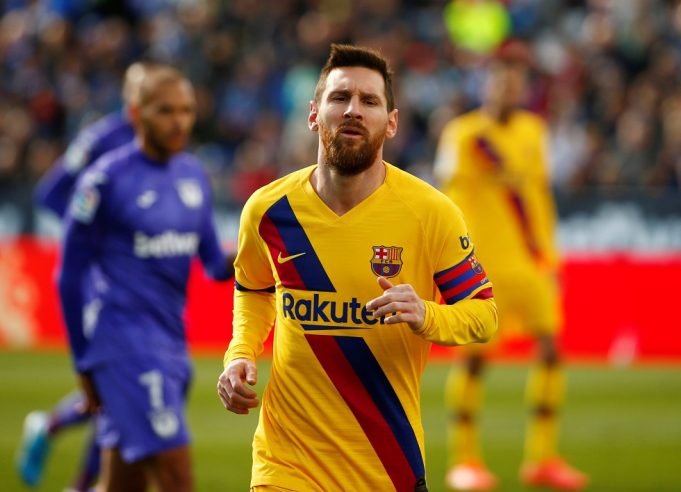 Argentina head coach, Lionel Scaloni has calmed some of the rumours about Lionel Messi leaving Barcelona.

News outlets were quick to speculate the 6-time Balon d’Or winner’s departure right after he got into war of words with Barca sporting director, Eric Abidal.

“I see him [Messi] fine,” Scaloni told reporters. “The other day, against Real Betis, he was the best player in the field without scoring. He gave the assist and participated of every chance.

“I’m not worried at all,” Scaloni continued. “He’s comfortable, he’s comfortable at the national team and at Barcelona. Then what will come will come, I stay out of it.”

Argentina will be co-hosting the Copa America this year alongside Colombia, another chance for Messi to clinch his first silverware for his country.

“I think the important thing is to try [to win the Copa America], that he knows we’ll try and be protagonists,” Scaloni added. “He [Messi] is not the only one that wants to win something with the national team, we all want to win, the coach, his teammates, so well, we’ll try and let’s hope we can make it.”

Joan Laporta hints Barcelona to not move for Erling Haaland

Carrasco could now get involved in Depay’s deal with Atletico