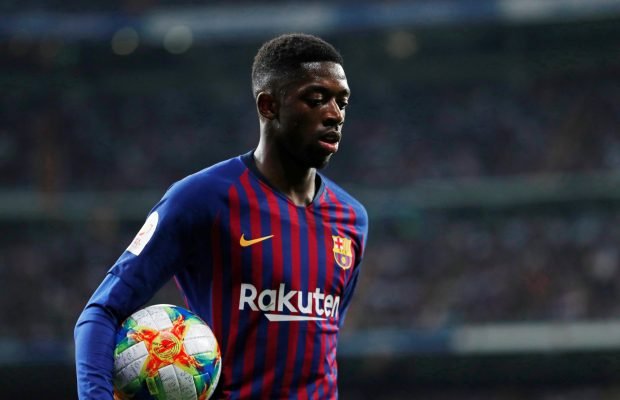 Dembele has not quite kicked off after his £119 million arrival two seasons back. Plagued with injuries and several disciplinary issues, his future at Barcelona is being heavily speculated upon.

Aubameyang and Dembele had a prolific partnership in attack during their one year at Dortmund. The latter sparked up 31 goal contributions in 49 appearances that season, playing in several positions upfront. He is primarily a winger but can play down the middle as well in an attacking midfield position.

Arsenal heavily need more creative options in their central lineup. Dani Ceballos alone has been their creative outlet with Mesut Ozil boycotted from the squad. Nicolas Pepe and Bukayo Saka facilitated attacks from the flanks but there is a lack of any significant output down the middle.

That is centrally why Mikel Arteta is going after players like Philippe Coutinho and Thomas Partey. Dembele definitely commands the talent Arteta is looking for but in terms of effort, questions can be raised. The Gunners’ priority this summer will be to sign Aubemayang to a contract extension.

The Gabon international will be looking at more than just a pay bump to commit his future to Arsenal. He wants to see intent through transfer signings while Barcelona are looking to offload several players on their own. Reports claim that Barca are trying to raise funds for Inter Milan’s Lautaro Martinez.

Quique Setien’s future at the side is still uncertain after a second-place La Liga finish. The manager has shown little change from the Ernesto Valverde regime since taking over last year. Barca are also convinced the current crop of players will not do it for them in the future. Dembele is one player who could be moved out, even if it is on an initial loan deal with an obligation to buy.