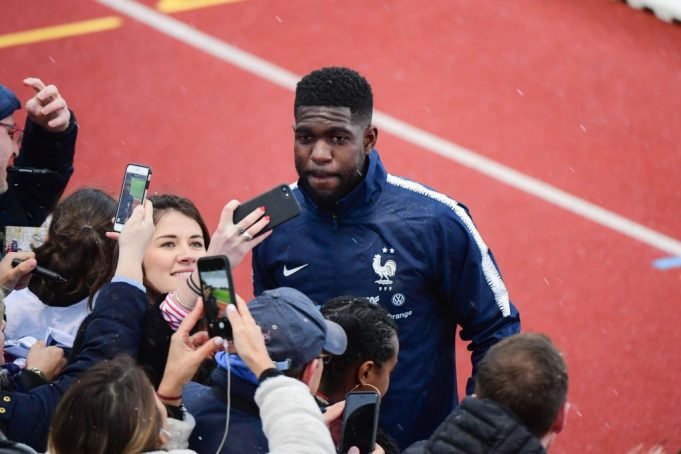 Umtiti has been a complete absentee for Blaugranas this season.

AC Milan is considering a move for Barcelona outcast Umtiti. The club is pushing to offload the 28-year-old in January.

According to Italian reporter Rudy Galetti, Umtiti is one of the options which AC Milan are studying as cover for Simon Kjaer. Kjaer is out for six months after rupturing the ligaments in his left knee.

Milan considers him as a low-cost alternative to some of the other players they are looking at. The Frenchman is not in the plan of Catalan giants.

The 28-year-old will see his contract expiring in 2023, but Barcelona are looking to rescind his contract.

The Frenchman has been a complete absentee for Blaugranas this season and has not played a single minute for the first team. His last game for Barcelona was on 22 May 2021 in the 0-1 win at Eibar and in this game, he came on as a sub for the second half.

Koeman feels Barcelona should be realistic about title expectations