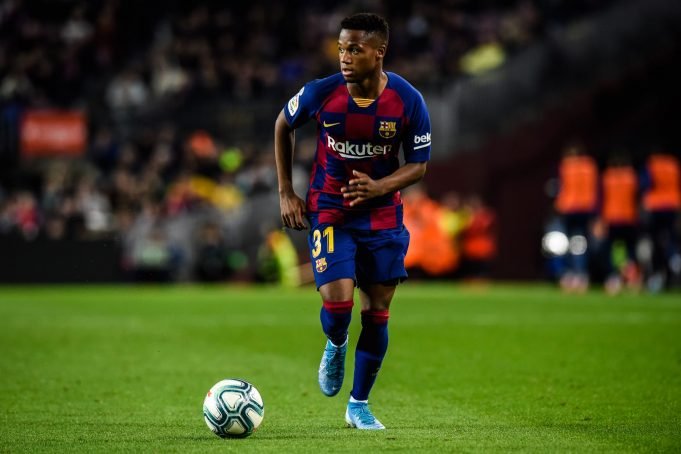 There might be a dispute arising over Ansu Fati’s Barcelona contract.

Famed and controversial agent, Jorge Mendes believes the youngster’s contract is set to end in June 2022.

Barca, on the other hand, claim that they can unilaterally extend Fati’s contract until 2024. The deal was signed in December 2019 and overseen by Fati’s previous agents. Mendes is looking to rectify the situation by getting his client a long-term deal right now.

That would mean a significant bump in payment, given how quickly Fati has rose through the Barca ranks. Still only 17, Fati is viewed as the potential replacement for Neymar in the long-term. He has shown his pedigre to play alongside the likes of Lionel Messi, Antoine Griezmann and Luis Suarez and still vow spectators.

The winger has been handed the number 22 shirt for the season. He was promoted to the B team last term under Ernesto Valverde and is now a fully registered senior player. That only helps his case in getting a new deal at Camp Nou. If Barca’s claims are true, Fati’s release clause will be worth €400m instead of the €170m it previously was.

Of course, it would be in Barca’s best interest to sign Fati to a new deal.