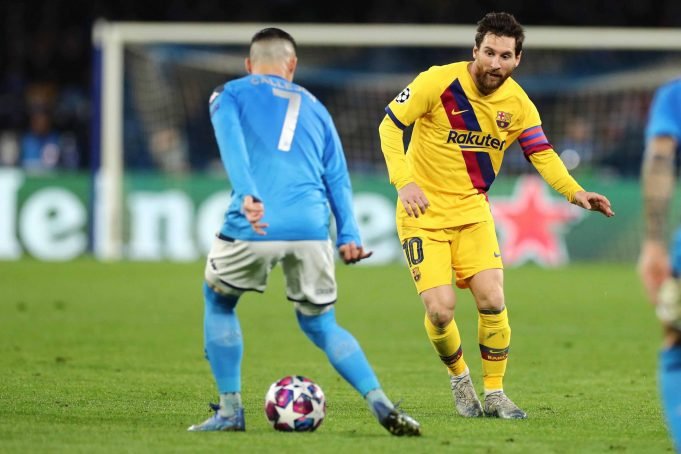 According to Julio Salinas, Barcelona could thump Napoli in the Champions League round of 16 second leg.

Barcelona will be going up against the Serie A outfit after drawing 1-1 at Naples back in February. Given their inconsistent season, fans have not ruled out the possibilities of an upset defeat but Salinas believes otherwise.

“Napoli are a good team but they aren’t Juventus. They finished 7th in this season’s Serie A. If we are worried against Napoli, after drawing 1-1 away from home, we’re in bad shape. We should go through even if we had four or five injured players. If not, it’d be a disaster,” argues Salinas.

Quique Setien’s job has come under fire after Barca’s title miss this season. There are reports that claim that he could be fired if he fails to win the Champions League. Salinas, once again went against public opinion to support Barca’s decision to keep Setien on as the head coach.

He said, “It doesn’t make sense to change the coach just for one week. A dressing room with this magnitude of players wants to remain balanced and they’ve sorted out their issues with Setien and Sarabia. If they win the Champions League, there’s no reason to change the manager who is under contract.”