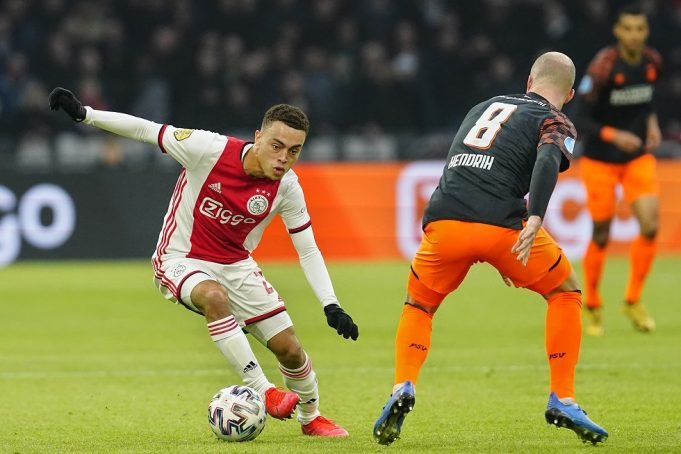 Barcelona have reportedly struck a deal with Ajax for Sergino Dest.

According to reliable journalist, Mike Verweij of De Telegraaf, Barca will pay €23m for the Dutch right-back this summer.

After months of negotiating, Barca seem to have got their man. They shifted out Nelson Semedo to Wolves for almost double that transfer amount. The club has come under heavy criticism for their recruitment in recent years but majority of fans will agree, this is a positive move.

Dest is one for future, wracked to the brim with talent. He is quick, technically gifted and perfectly fits Barca’s pedigree of full-backs. Since he is only 19, he will have the years ahead of him to adapt to the demands of a tougher league. He will also have the chance to be coached under his compatriot, Ronald Koeman.

Dest is born to a Dutch mother and American father. He has chosen to represent the United States at international level and already has 3 caps. Barcelona have successfully won the battle to his signature over Bayern Munich.

Reports claim that he will fly to Barcelona on Monday and complete the transfer. The duration of his contract length has not been revealed just yet but it is likely to be until June 2025.

Dest – The system contributes to my great form