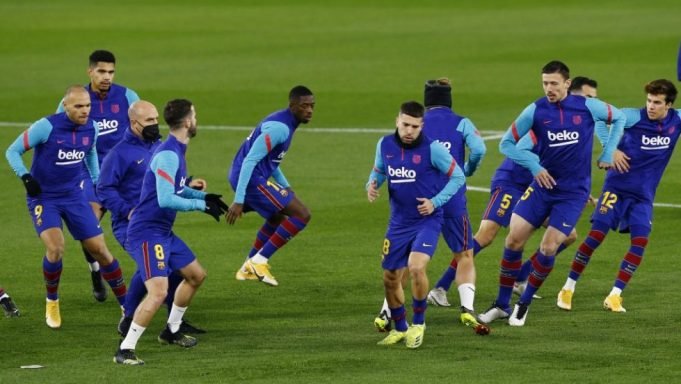 Gerard Pique is not giving up on Barcelona’s chances to win the La Liga title.

Atletico Madrid and The Blaugrana drew a stalemate on Saturday evening.

Barca are still two points behind Digeo Simeone’s side but Real Madrid will have a chance to move ahead if they beat Sevilla on Sunday.

“We hoped to win this one but we’re still alive,” Pique told Movistar. “We had more chances, we competed. We’re still in contention seeing how this season’s gone, I think we still have a chance.

“Anything can happen, as we have seen in La Liga. Madrid will win the league if they win four games, but the big teams are struggling to find consistency. The points totals are low and without fans in the stadiums everything is more even.

“I think if we win three games, we’re going to have a chance. That’s the idea now, to win out from here and compete until the end. It’s a shame because in recent months we’ve done well.”

Ronald Koeman still has three games to guide his team to a league title. Right now, the fight for the top spot is as close as ever with no guarantee of who will come out victorious.