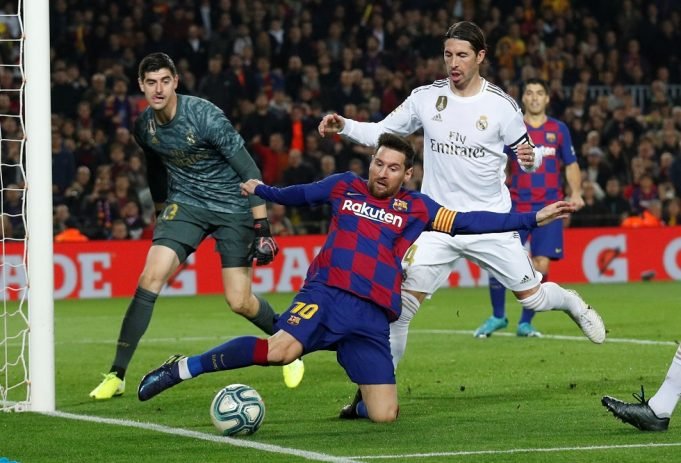 Barcelona had no answers to Real Madrid’s high pressing strategy, according to midfield general, Sergio Busquets.

The Catalan giants lost 2-0 on their visit to the Santiago Bernabeu.

“We lost control because we lost possession,” the midfielder said afterwards, according to Marca (via Onefootball). “We don’t know how to bring the ball out from the back when they press us man to man.

With this win on Sunday, Real Madrid moved one point clear of Barca at the top of the La Liga table. They also ended their run of 8 El Clasico games without win. Goals from Vinicius Junior and Mariano Diaz sealed up all three points for Zinedine Zidane’s side.

“It was the opportunity to gain some distance and it wasn’t to be,” Busquets added. “We had a very good first half, but it changed in the second half.”

It was a fitting reply from Zidane’s side after the 2-1 defeat against Manchester City last week. And now, the pressure is mounting on Barcelona’s new head coach, Quique Setien.

Luiz Enrique Reveals How He Coached Lionel Messi At Barcelona

What are Barca’s chances of signing Erling Haaland in the summer?