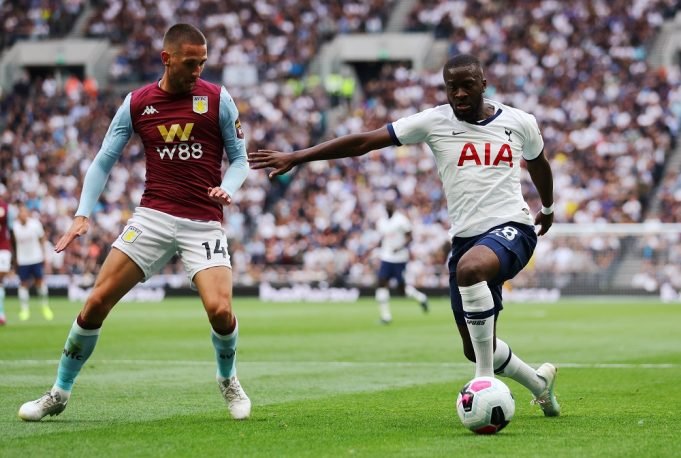 That is according to transfer specialist, Guillem Balague. Spurs were originally linked with Arthur Melo from the Catalan giants.

Balague rubbished those claims relating to the midfielder and quite understandably so. Arthur is a regular for the Spanish giants and a big part of their future in midfield. Barca won’t dispose of him as easily as one might think.

The Evening Standard reported that Quique Setien is instead, interested in Tanguy Ndombele of Tottenham. The Frenchman has struggled to establish himself after his record transfer from Olympique Lyon last summer. However, he has still struck Barca’s fancy, given his skillset on the pitch and how versatile he can be.

Barcelona are ready to offer Samuel Umtiti and Nelson Semedo in return for Ndombele. Umititi has run out of time at Camp Nou after two injury-ridden seasons and failure to relive his old form. Semedo also showed early promise but it died down pretty soon. He still has potential as a 26-year-old and could fill up Spurs’ right-back spot easily.

Jose Mourinho is on the lookout for fullbacks since Spurs have still not fully replaced Kyle Walker. Kieran Tripper departed after last season and Serge Aurier has always been a wildcard on the pitch. Youngster, Joseph Tanganga has been a revelation this campaign but he still needs to develop more. Barca are thought to be after Leicester City’s Ricardo Pereira as their starting right-back for next season.

Xavi Hernadez Ready To Leave Qatar And Head Back To Spain