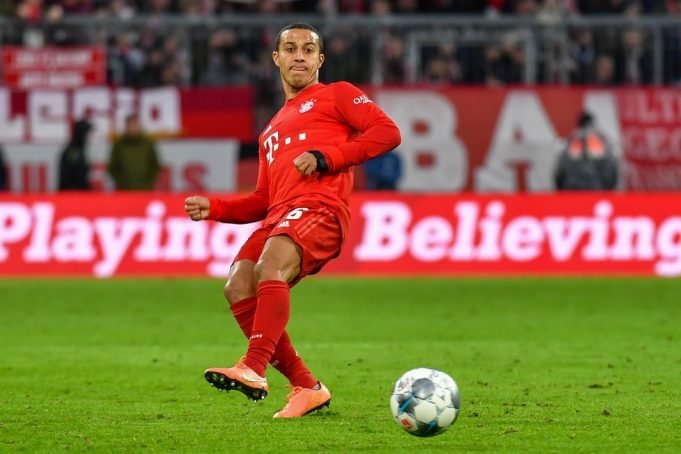 According to the latest reports, Barcelona have begun talks with Thiago Alcantara about a potential return to Camp Nou.

The La Masia academy graduate is free to leave Bayern Munich after expressing his desire for a new challenge.

Liverpool were the favourites to land him but do not want to meet Bayern’s asking price of £30 million. Thiago only has around 10 months left on his contract and the Reds are more eager to sign for free in January. This is where Barcelona comes in to squad Liverpool’s plans.

German news outlet, BILD understands that Barca have contacted Thiago with a contract offer. However, their boss, Ronald Koeman would much rather favour a move for Georginio Wijnaldum who is in a simple contract scenario at Anfield. Liverpool are not opposed to the Dutchman leaving since it will open up the funds for Thiago’s transfer.

A three-way battle has begun for the veteran midfielder who could turn out to be the bargain signing of the summer. At 29, he is one of the best players in his position and also in the prime of his career. Whichever side signs him will be adding a distinctive level of quality both in terms of creativity and guile.

Barca’s recent track record in recruitments have been poor. Getting linked to names like Memphis Depay and Wijnaldum is not something fans expect. While they are solid players in their own right, they do not command the quality that is expected at Barcelona. Thiago, on the other hand, remains one of their academy gems they regret letting go off seven years ago.

Barcelona keeping an eye on Liverpool forward this winter