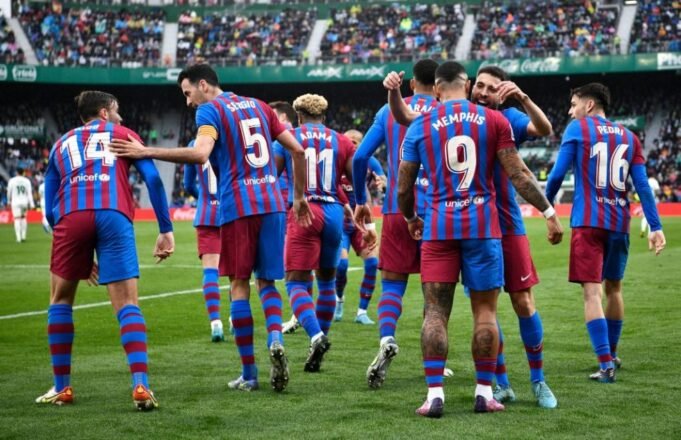 Barcelona will look to add some new faces in defense and midfield.

Barcelona are reportedly working to offload Gerard Pique, Jordi Alba, Sergi Roberto and Sergio Busquets at the end of the current season.

Busquets’s current deal is due to expire next summer, and he is expected to depart on a free transfer. He can move to US as a number of MLS clubs are said to be in the hunt for his signature.

Pique and Alba have both lost their starting roles this season, meanwhile, and there has been a host of speculation surrounding their futures at Camp Nou.

Roberto signed a new deal with Barcelona last June, but the contract will only run until next summer. As per reports to ESPN, Xavi’s side are working to offload all four players.

The report adds that Barcelona value Roberto’s ability to play in a number of positions, but the club are planning to add a new right-back next summer. and also want to boost their midfield.

Busquets and Roberto could ultimately leave on free transfers at the end of the season. However, Pique has a deal at Camp Nou until June 2024. The 35-year-old is signing an extension in October 2020.

The center-back has made seven appearances at the club level this term, but his recent involvement has largely been due to injuries in the middle of the defense.

During his pre-match press conference, the club’s head coach Xavi branded the former Spain international “a great captain” and called for “unity” at Camp Nou.

“At the Gamper I called for unity. It’s time to be together. All I can say is that in the dressing room he is an example. And he’s a great captain. People need to know that,” said the manager.

“I don’t know why they whistle and I don’t care either. What matters to me is that Pique is with us in the dressing room and he always does the best for the group. Today the reaction was required and the team reacted wonderfully. I’m happy to be Pique’s coach.”

Alba also has another 18 months left to run on his contract at Barcelona, but he will allegedly be surplus to requirements next year.

The Spaniard has made eight appearances at club level this term, but he faces competition from Marcos Alonso and Alejandro Balde for the starting role at left-back.