Barcelona predicted line up vs Alaves!

What will be the Barcelona predicted line up for their clash against Alaves?

Barcelona Predicted Line Up vs Alaves

Barcelona Predicted Line up vs Alaves

In goal, we can expect Ter Stegen to continue in between the stick. In defence, we can expect to see Alves at right-back, Alba at left-back. Araujo should be back and will be partnering Pique in defence.

A three-man midfield with Frenkie De Jong and Sergio Busquets can be expected at the base and Pedri in the attacking front making it three in midfield.

In the wings, we can expect Jutgla on the left and Torres on the right while in-form L de Jong plays down the centre. 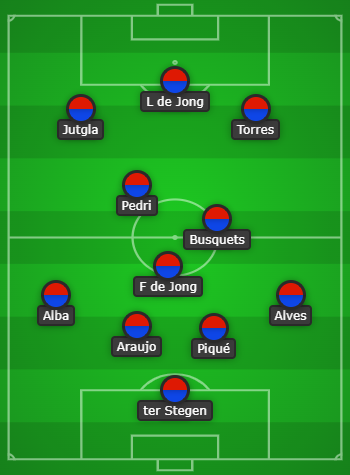 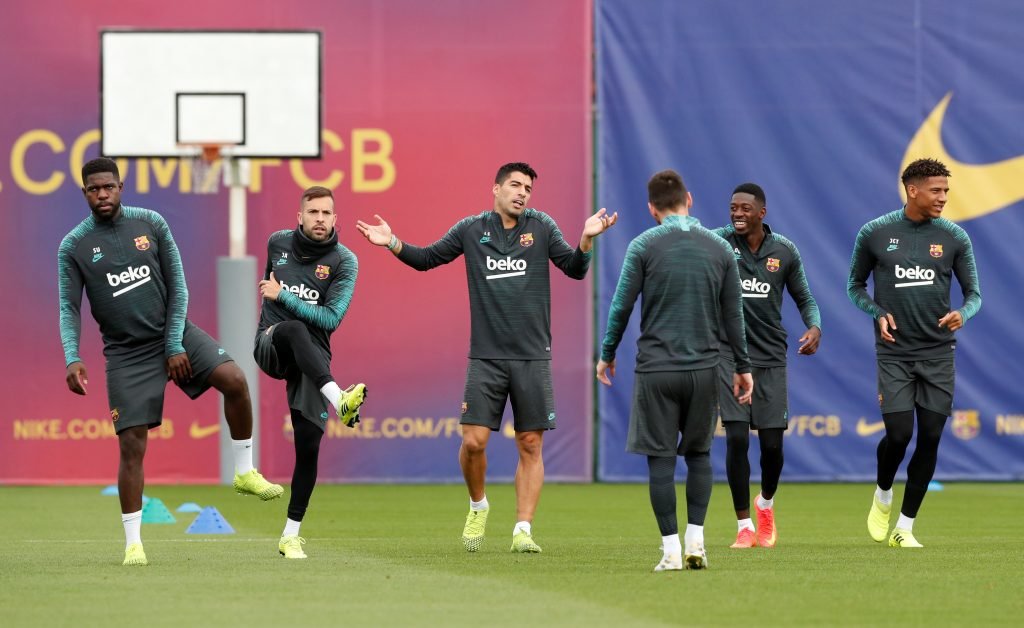 Barcelona will enter this match after coming from a disappointing 3-2 loss to Alaves in the round-of-16 tie of Copa Del Rey, following the semifinal loss in Supercopa.

Samuel Umtiti and Sergi Roberto will miss out this fixture for Barcelona.

Memphis Depay remains a doubt due to muscular overload.

Ansu Fati would be sidelined after suffering an injury in the previous game.

Gavi is suspended due to his red card against Granada in the club’s previous La Liga tie.

Ousmane Dembele is unlikely to be involved following the recent fallout.

As for Alaves, they will be without the services of Ruben Duarte and Ximo Navarro through injury.

Head coach Mendilibar will make changes from the side that started against Betis last time out, with Florian Lejeune back from a suspension to boost the defence, while Manu Garcia should return in midfield.

Miguel de la Fuente could also be in line for a spot alongside Joselu in the final third of the field.

Edgar Mendez will be dropping down to the bench for the hosts.

Barcelona vs Alaves Form: Barcelona predicted line up vs Alaves

Barcelona faces Alaves at Mendizorroza on Sunday evening. Both teams need the win for different reasons, with Barca looking to earn their points to go higher up the table, now that half of the season is over.

Xavi’s side are sixth in the table and they are having a tough season. After a semifinal defeat in Supercopa, they suffered an early exit against Athletic Club in Copa del Rey.

Alaves are flirting with the relegation zone, just two points above it. They are winless from last eight matches, including 5 defeats and three draws.