Barcelona predicted line up vs Valencia!

What will be the Barcelona predicted line up for their clash against Valencia?

Barcelona Predicted Line Up vs Valencia

Barcelona Predicted Line up vs Valencia

In goal, we can expect Ter Stegen to continue in his usual spot in league ties. In defence, we can expect to see Oscar Minguez at the right centre-back, Clement Lenglet as the left centre-back. Gerard Pique would be at the heart of defence.

A five-man midfield with Frankie De Jong and Sergio Busquets can be expected at the base. Pedri will be deployed in the more attacking position. Jordi Alba and Sergino Dest will be present at both the flanks.

In the centre, we can expect Messi on the right and Antoine Griezmann on the left. 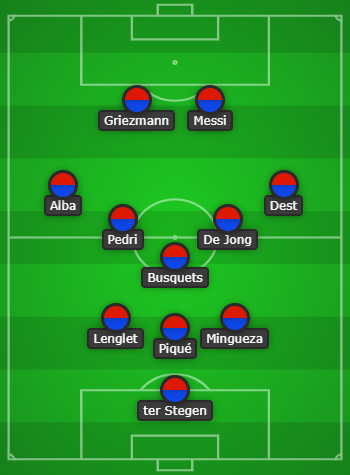 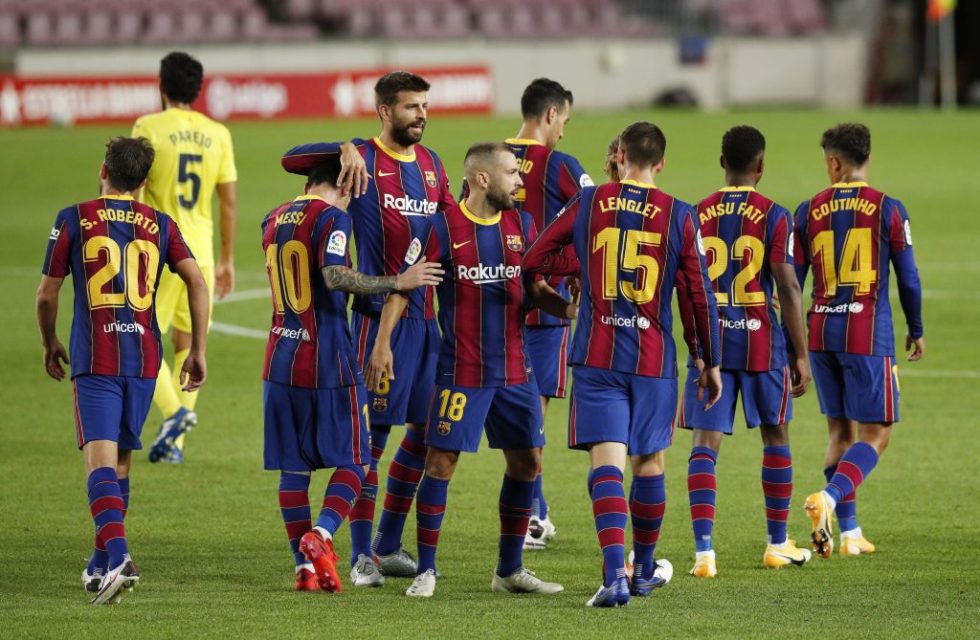 We can expect a tired showing since both sides have players coming from back-to-back league games. This means the same players could reappear from the last games, a bit fatigued. Here we will give you an answer to the most frequently asked question about Barcelona – Valencia.

Barcelona had a horrid start to the new campaign under new manager Ronald Koeman. There has been a lot of drama in the past few months in the club with Messi signalling a desire to leave Mestalla Stadium in this summer’s transfer window. But the Argentinian decided to stay at the club for one more year. The club let a number of their star players leave this summer with the likes of Arthur, Nelson Semedo, Ivan Rakitic, Luis Suarez and Arturo Vidal.

Koeman’s side have now moved into the third spot in the table and are only two points behind leaders Atletico Madrid.

Barcelona faces Valencia at Mestalla Stadium on Sunday evening. Both teams need the win for different reasons, with Barca looking to fight their way for the La Liga title this term.

The Blaugrana passed the opportunity to gain the top spot in the La Liga table as they suffered a shocking 2-1 home defeat at the hands of Granada.

Valencia are languishing in the mid-table and made it five league games without a win.

Barcelona could end up paying a hefty amount for Pedri

Koeman – Cannot lose a single game from now on