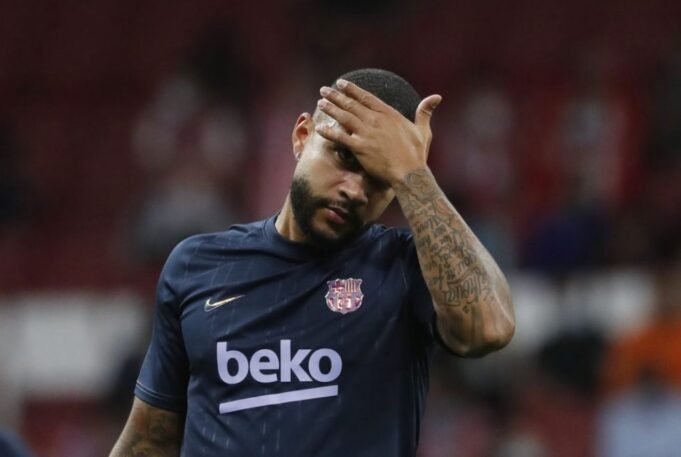 Memphis Depay has been inconsistent and would be willing to leave.

Barcelona are planning to listen to offers for Memphis Depay.

According to the reports of Sport, Barcelona are working on their plans for season 2022/23 and there could be changes in attack. They want to sign a top striker, and Bayern Munich’s Robert Lewandowski is their utmost priority.

Memphis Depay is likely to leave, and in-form Pierre-Emerick Aubameyang is supposed to stay.

Memphis joined from Lyon on a free transfer. He only signed a two-year deal, so the Catalan giants will be able to sell him.

The Dutchman has been inconsistent and would be willing to leave. He has started the last two games.

The forward will want to play regularly ahead of the World Cup in Qatar at the end of the year. He is his national team’s focal point in attack.

Meanwhile, Aubameyang’s situation is different. He is currently the second top-scorer for Barcelona this season after playing just the second half of the season. Director of football Mateu Alemany has said “he will be the Barça forward next season.”

Philippe Coutinho explains why his Barcelona move didn’t work out