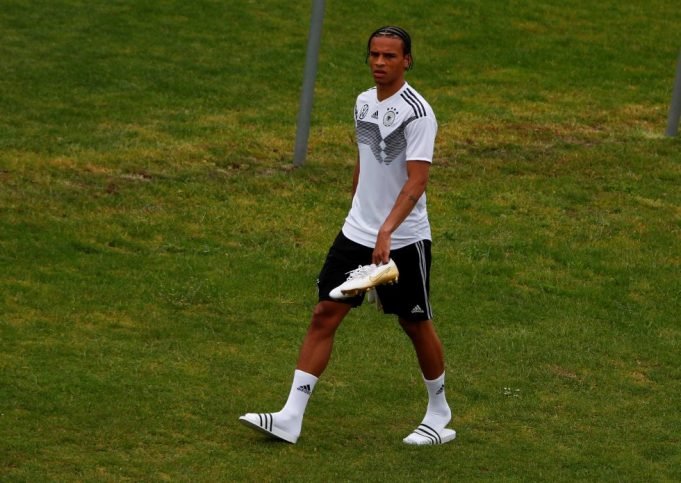 Barcelona and Real Madrid have joined in on the race for Manchester City winger, Leroy Sane.

For a while now, Bayern Munich were the uncontested parties interested in the 24-year-old.

They were viewing Sane to fill in for Arjen Robben and Frank Ribery, two legends of the Allianz Arena. Bayern have made do with Kingsley Coman and Serge Gnabry this season but Sane remains at the top of their wishlist.

However, Barcelona are about to surprise them with registered interests of their own. Quique Setien has recognized some of the improvements this current Barca side needs and one of them being pace. With Ousmane Dembele constantly sidelined and Messi slowing down with age, Barceloana needs the cut-throat ability of wide players to barrel down the flanks in attack.

Sane is the exact definition of that checklist and one of Premier League’s finest. He has missed the entire 2019/20 season after suffering a knee injury in the Community Shield game in August. The German has returned to full fitness and is waiting to return to action as soon as normal schedule resumes in England.

Real Madrid are also viewing Sane as one of their summer targets but that could very well depend on the fitness of Eden Hazard. With Manchester City facing a two-year ban from UEFA competitions, several of their top players are expected to leave, including Sane. Now, it will depend on who plans on being the highest bidder to land him.

We’re just as much favourites as Real Madrid, says Setien

Xavi on Barcelona drawing with Man United in Europa League