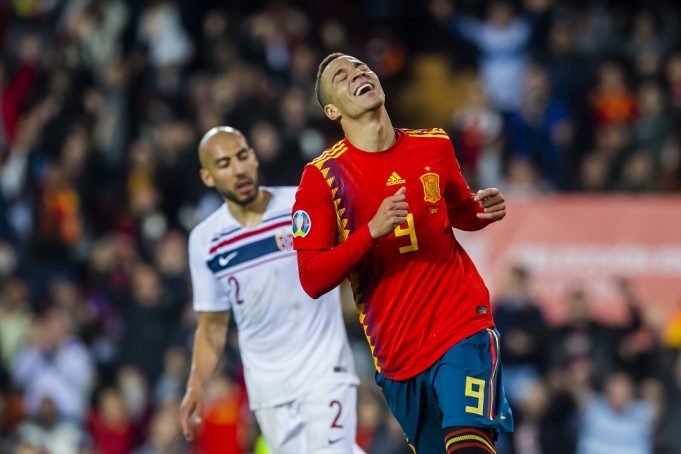 Barcelona president, Josep Maria Bartomeu has revealed that Rodrigo is a definite target for them this January.

The La Liga champions are looking to reinforce their attacking ranks with Luis Suarez set to serve three months on the sidelines.

Rodrigo has been previously scouted by Barcelona several times. He ended up staying at Valencia to develop into a potent threat in the La Liga. He is left-footed and highly versatile, capable of making the runs behind the opponents defence like Suarez usually does.

“We don’t talk about players from other teams,” Bartomeu told Marca. “But his (Rodrigo) name is on the table.

“And a replacement will arrive. I do not know whether it will be from Barcelona B or from outside the club. I like many players and our discussions can continue.”

Barcelona are also thought to be chasing Arsenal’s Pierre-Emerick Aubameyang. Bad news is the Gabon international seems content in North London and is happy to see through his contract until June 2021.

The likes of Timo Werner or Lautaro Martinez will be far too expensive for the La Liga giants at this point. They already dished out over £180m last summer for Antoine Griezmann and Frenkie de Jong.