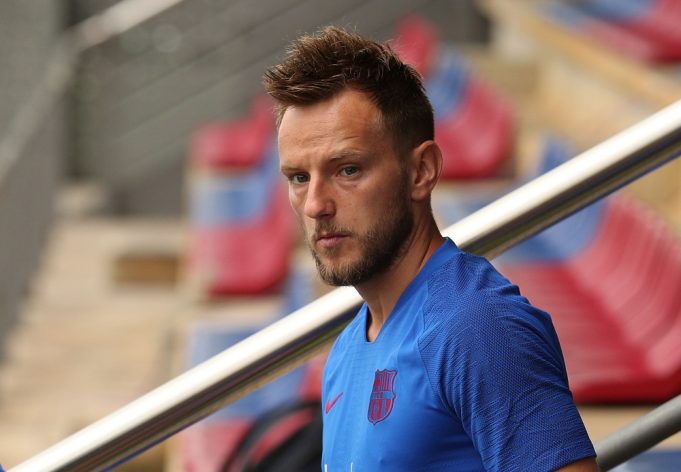 Barcelona are open to selling Ivan Rakitic and Juventus are interested in the Croatian.

Spanish outlet, TV3 reports that the Old Lady can offer up Douglas Costa in exchange for Rakitic.

Barca are looking to move Rakitic to make way for a wide player next season. They had to make an emergency signing in Martin Braithwaite in February when their front three numbers fell short.

Rakitic has appeared in just 10 games this season, falling behind Frenkie de Jong and Arthur in the pecking order. At 32, he still has the qualities to play for a top European side but maybe not Barcelona.

Douglas Costa has struggled for fitness this term, only making 18 appearances for Juve. He has had to overcome several muscle injuries but Maurizio Sarri still does not have him as a registered starter. Maybe a change of scenario will do Costa some good.

Ansu Fati has broken out of the Barca youth ranks this season but he is still only 17 years old. The teenage sensation has to develop further before he can appear regularly for the Catalan giants. Costa will add some necessary pace and skill to the attacking lineup as a backup. An exchange works in Barca’s favour since the winger is still 29 years old.

Setien asks players to imagine Eibar as a cup final