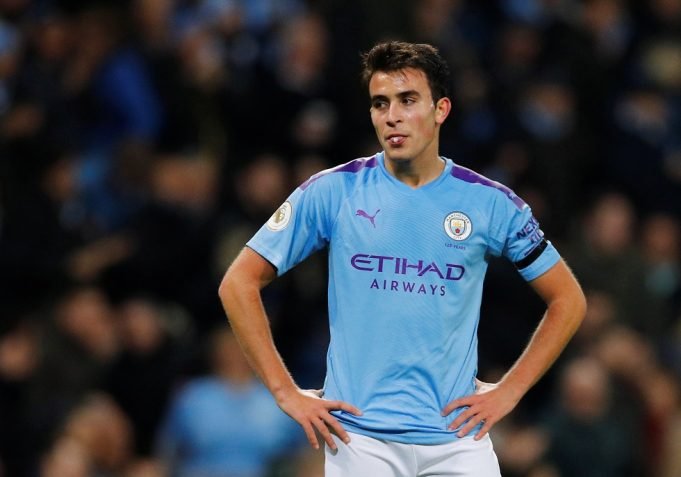 Barcelona want to get their hands on Manchester United defender, Eric Garcia, a player they previously trained.

Garcia graduated out of the famed La Masia academy to join City in 2017, following Pep Guardiola to England.

His gamble paid off as the young defender got to make 6 appearances this season including a Champions League appearance against Dynamo Zagreb. Garcia highly coveted as possibly the best defender to come out Barca’s academy back then. He currently has two more years left on his contract, a situation his former club would like to take advantage of.

Along with several other uncertainties, it seems like Pep Guardiola’s future is also up in the air. He has been linked with a move back to Camp Nou following a lacklustre Premier League season. He hold Garcia to high regards but him leaving the Etihad could lead to the 19-year-old reconsidering his future as well.

“Eric’s an incredible kid, capable of leading the whole defence. He’s intelligent, plays with focus and plays well. He will get a lot of minutes,” Guardiola said.

Manchester City are not interested in parting ways with Garcia just yet. They are well aware of just how valuable he can be in the future. Barca, on the other hand, are in a difficult spot with defenders. Gerard Pique is 33 now and Samuel Umititi is only a shadow of the player Barca first signed. Jean-Claire Todibo is expected to remain with Schalke even after his loan spell. They might have to pay a premium fee to bend City’s ear over Garcia.

Messi and Guardiola were close to joining Getafe

Messi vs Maradona: Who Wins?