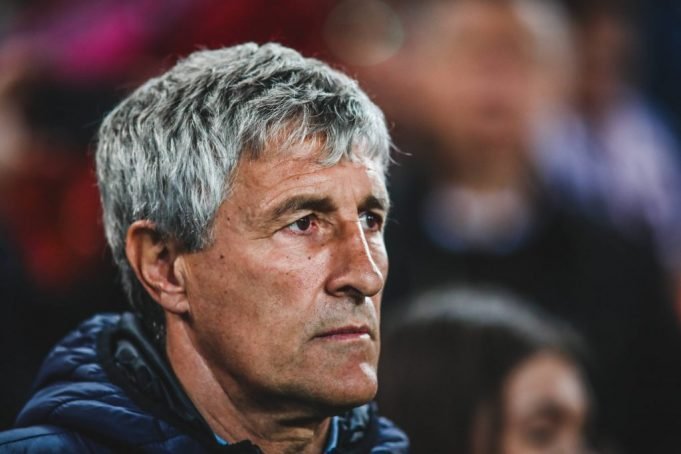 Barcelona might consider sacking Quique Setien if they fail to see a significant improvement by the end of the season.

They dropped points once again last week to allow Real Madrid prop ahead in the La Liga title race.

Despite arriving on a solid reputation, Setien has been unable to stable the rocking boat this Barcelona. Ernesto Valverde’s deficiencies have been hard to manage with players who don’t quit suit Setien’s style. That is why Arthur Melo was cast aside by the new manager and allowed to leave in exchange for Miralem Pjanic

Players in the Camp Nou dressing have lost faith in their title bid this season even if they are two points behind their rivals. Gerard Pique voiced his frustrations after the initial 0-0 draw against Sevilla that allowed Real to catch up. He does not believe the Galacticos will drop any more points in the remainder of the games, clearly indicating a loss of morale.

Setien was handed a two-and-a-half-year contract when he took charge in January. But players have not warmed up to him. Goal claims that his hands-on approach in training is not too popular with the squad. He was even not Barca’s first pick to be manager. Xavi Hernandez and Ronald Koeman turned down the position before Setien was hired.

The only thing that can save Setien’s job is silverware. Barca are still in the Champions League after drawing 1-1 against Napoli and a two-point game is not as daunting.

Neymar has to choose between love or money