With the Euros now well underway, there’s no better time than the present to take a look at which of the individual players are doing well. For a team such as FC Barcelona, there are plenty to choose from: Spanish players such as Sergio Busquets and others like Frenkie de Jong are jumping into the Europe-wide limelight.

The players are not, of course, playing for Barcelona at the moment. Instead, they’re representing nations – but they still come with the prestigious Barcelona name, and when normal seasons resume they’ll be remembered for how they performed in this tournament. This blog post will give you the lowdown on which Barca players are surging ahead.

Those who like placing their bets on outcomes of sporting events like the Euros can use this promo code to enhance their wager – and while they’re at it, they can keep an eye on Sergio Busquets. The Barca player will be representing Spain during the tournament, and so far, he has given strong performances. He is considered the side’s favorite holding midfielder, which is his natural position – and his capacity to help the side along in this regard is already showing.

Frenkie de Jong is quite the strong player. He’s representing the Netherlands during the Euros, and he has certainly impressed fans and teammates alike. During the group stages, for example, he managed to secure the highest number of dribbles of any player. And he’s also broken other records – as a midfield third player, he’s managed to secure that all-important possession of the ball more frequently than any other competitor in the tournament.

Turn your attention to France for a moment and it becomes evident that Antoine Griezmann is one to watch. During this Euros tournament and indeed before, the Barca player has proven himself to be a useful node in the setup. He is a crucial part of the iconic 4-3-2-1 arrangement for which France is famous, positioning himself just behind the striker to help get goals over the line. It’s also in many ways where he can have the most impact as a player, and he manages to combine the role of forward with various others.

No single player can influence a whole team’s performance, of course, but it’s certain that Griezmann is part of the reason why France is now considered one of the hot favorites to take home the trophy at the end of this tournament. Combine his prowess with the likes of Ousmane Dembele and it becomes particularly clear that Barca’s contribution to the French national team is a strong one.

Ultimately, it’s apparent that FC Barcelona are quite the team – even while their players are distributed all over Europe as part of the Euros. From Frenkie de Jong to Jordi Alba, Ronald Koeman’s side will no doubt come out stronger once they get back into the swing of normal football when this tournament ends. 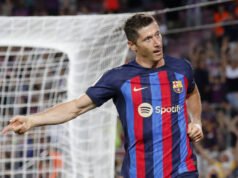 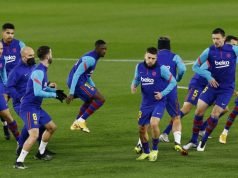 Barcelona Predicted Line Up vs Bayern Munich: Starting 11 for Barcelona! 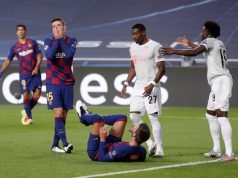 Aubameyang urging Dembele to sign a new contract with Barcelona