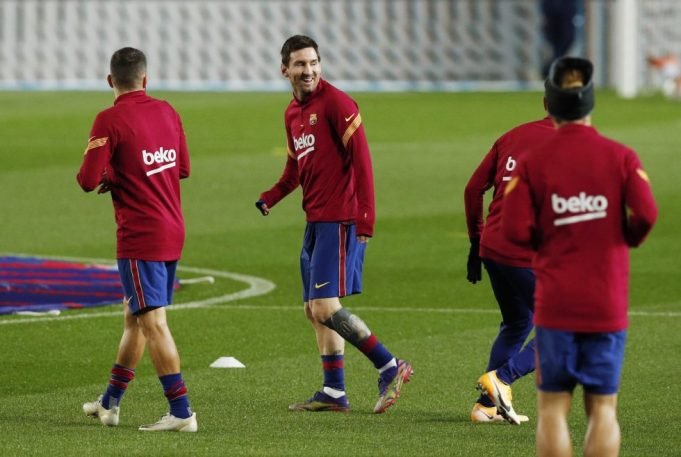 Not only are rumours swirling about Messi’s potential departure in the not-so-distant future, but the performance of the team as a whole on the pitch has been rathe dismal.

While analysts will cite various reasons for this subpar gameplay, these are debatable. The one question which is now the most pertinent involves whether or not FCB can still win La Liga; especially after their recent loss to Real Madrid. What are their chances and is it realistic to think that this team has the energy that is required? Although it is impossible to predict the future, there are still some main takeaway points to consider.

Taking a Lesson from Virtual Sports

Many die-hard football fans already participate in the world of virtual sports thanks to games such as FIFA 21 as well as through the use of online wagering platforms (you can read more here to learn about why these alternatives are so appealing).

However, we also need to keep in mind that an in-depth knowledge of players and tactics can be used to draw real-world conclusions. This is one of the reasons why many feel that Barcelona may still come out on top. The raw talent of the team alone cannot be denied. If we lived solely within the virtual domain, any doubts that FCB lacks the skill would certainly fade. It is therefore slightly frustrating that the real world is far less predictable.

Anyone who has followed Barcelona for an extended period of time will have to admit that this team relies heavily upon momentum. Once they begin a winning streak, they are nearly impossible to stop.

The downside to this scenario is that much like a train that has become stuck on the tracks, mounting losses make it nearly impossible to move forward. While the reasons behind this observation are debatable, the simple fact is that Barcelona seem to be in a slight rut at the moment.

Assuming that Real Madrid is able to capitalise upon the current scenario, it is difficult to see how FCB would be capable of taking La Liga.

All About Energy and Mindset

As this article rightfully points out, the verdict is far from certain. Let’s remember that Barcelona is still far ahead in regards to the expected points (68.54).

This signifies that (theoretically) the team does indeed have a chance of performing beyond current expectations. Still, Barcelona needs to adapt a more proactive mindset and many feel that rotating the current players would not be a bad idea. The main takeaway point here is that FCB seems to be lacking in motivation and drive as opposed to skill while on the pitch.

Could we see Barcelona rise to the top of La Liga or will this team suffer yet another ignominious defeat? This question has yet to be answered and with any luck, international fans will not be disappointed. Only time will tell at this point.

READ MORE: Barcelona Most Expensive Signings Of All Time

Antoine Griezmann Could End Up At Newcastle United