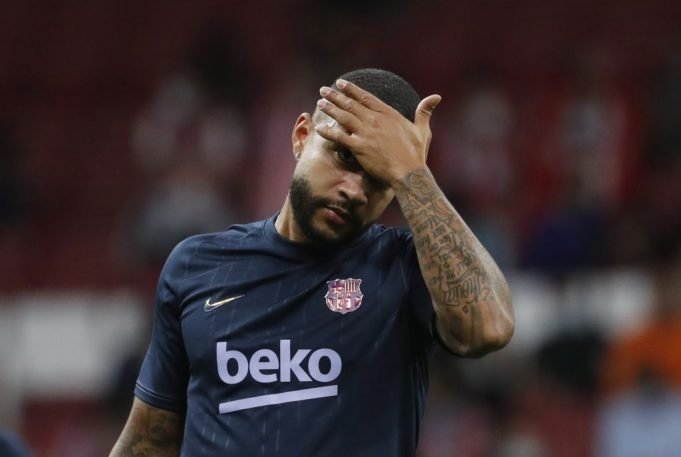 Memphis Depay has seen his role shrink in recent months due to fitness issues.

Barcelona striker Memph is Depay is finding interest from Serie A clubs.

According to the Sport, the Dutchman has seen his role shrink in recent months due to fitness issues, Xavi’s appointment and attacking signings.

Since the departure of Ronald Koeman, his progress at the club was harmed. Barca also signed players like Ferran Torres, Adama Traore and Pierre-Emerick Aubameyang which can upset him more.

His next destination could be Italy, where top Serie A clubs have identified him. There were some rumours in January of seeing the departure of the Dutchman.

Meanwhile, despite all rumours, Memphis is happy in Barcelona, living in Sitges, and wants to show he can succeed at the club.

Catalan giants did not pay a penny for him. Depay had rejected other bigger offers to come to the club on a lower salary than he could have for elsewhere.

There are some other updates going around in Ligue 1 that the Dutchman can move to Lyon. But, Itlay looks more suitable for him considering the offers from clubs like Milan, Inter and Juventus.

Pique refuses to give up on title race