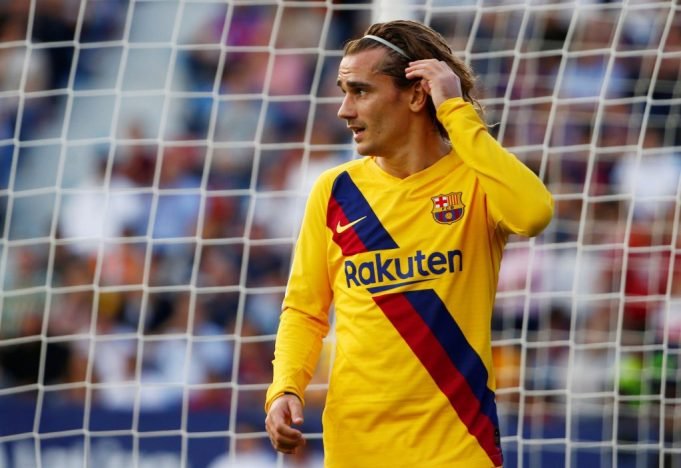 Barcelona are to be without Antoine Griezmann for the remainder of the season but France head coach, Didier Deschamps is not worried.

It has been a disappointing season for the striker ever since his £120 million switch from Atletico Madrid made headlines in Spain.

Fans expected him to become an instant fit in the front three but that has been not the case. His return of 15 goals in 46 appearances paints a drab picture. Deschamps has killed the narrative that Griezmann’s career is on the decline and believes the Frenchman will find success at Camp Nou.

“I don’t know the club from the inside. However, I have not the slightest doubt about the fact that Griezmann is capable of succeeding or helping his team-mates. It doesn’t really worry me. Antoine’s quality is undisputed. He has footballing and mental quality for it. He just had a bad time, like others”, explained Deschamps in an interview with RTL.

“It’s his debut season. All players have a period in their career where things are perhaps a little bit more difficult. Griezmann has the mentality to deal with it”, added Deschamps.

There is no doubt that Griezmann is a top professional. Questions will lie on whoever coaches Barcelona next season if he will be able to incorporate the striker into that front three.

Barcelona transfer round up deadline day!