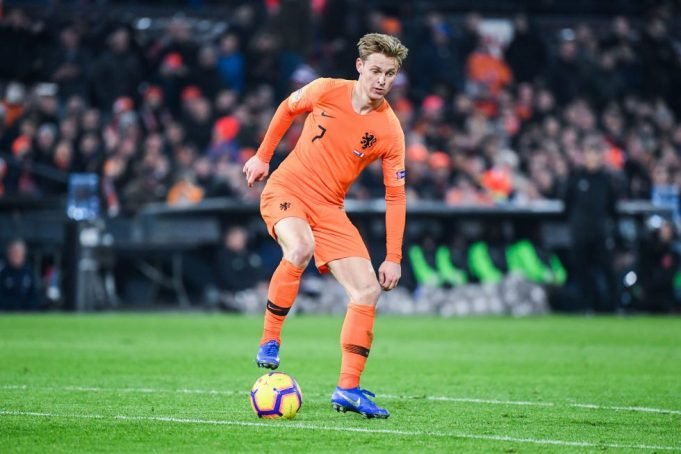 Erik ten Hag has discussed how Barcelona summer signing, Frenkie de Jong should be utilized on the pitch.

🎙 Ten Hag (Former De Jong’s coach):- Frenkie is the definition of a modern and complete midfielder. He can defend & attack. But you have to create a role for him where he can do both, like we did with Ajax & the National Team. That’s how he performs best.” . . . Follow @barca_national for more content related to FC Barcelona

There were many reports about the £66m signing from Ajax being misused by Ernesto Valverde. He did get on the scoresheet for Barca and helped them win 2-3 over Real Betis on Sunday.

“The quality of your players decide how you will play, and with what system. We had to find a way to make Frenkie function in the best possible way. You saw his incredible talent, but where do we have to use him to get the best out of him and his talent?”, Ten Hag said earlier about De Jong.