This is a new look Ernesto Valverde squad. The big players like Malcom and Thomas Vermalean have departed the club. There are old players wh are still in the club but the old campaigners like Sergio Busqets and Gerard Pique are brilliant performers. Ernesto Valverde has implemented a new system

Instead new coach, Ernesto Valverde has started a new system where he wants new players to come through 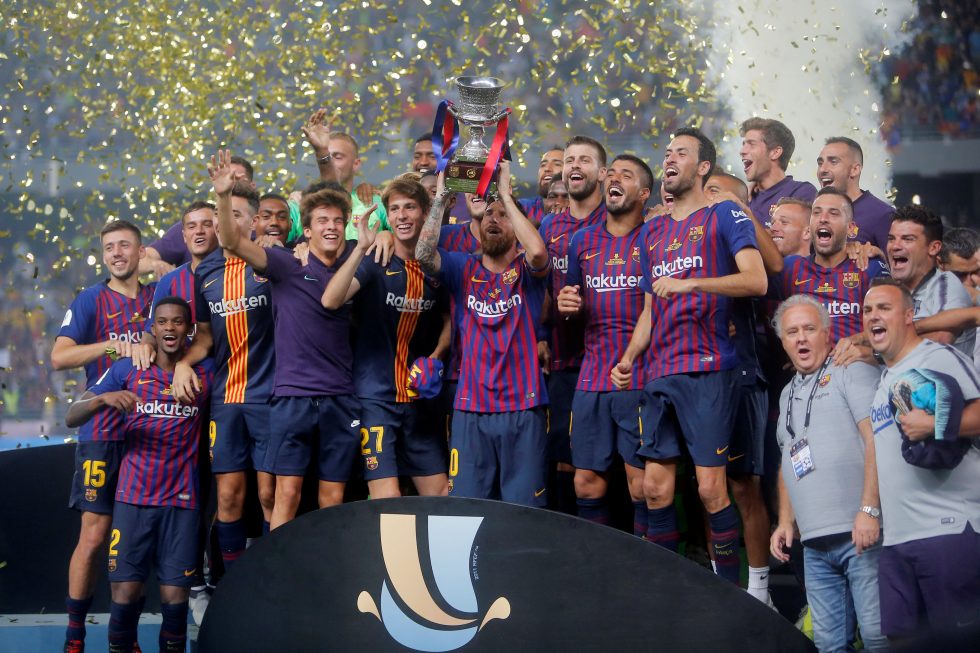 Ahead of them, they have problems in right back with Nelson Semedo still yet to adjust to the Barcelona game holistically. They keep playing Sergi Roberto as makeshift right back. They have Gerard Pique who is getting old in defence and his partners – both Samuel Umtiti and Clement Lenglet have not looked like leaders at the back. The left back Jordi Alba is again one of the best in the world but he has no back up.

This is an area Barcelona have always excelled in. They lost Xavi and Iniesta in the last two seasons. Ivan Rakitic took over proceedings meanwhile but they are still in the quest to replace them in the long haul. The big money signings of Andre Gomes and Philippe Coutinho both blew up for Barcelona. They are now trying to repalce the ageing Sergio Busquets with former Ajax star Frenkie de Jong. Arturo Vidal looks like a piece out of the jigsaw puzzle.

The evergreen Lionel Messi is still the talisman at the club. His partner in crime Luis Suarez is getting old. Barcelona also signed Antoine Griezmann. Even though Griezmann is a brilliant player, he cannot fit into the Barcelona system since he is not a left winger and is not used to playing out wide. Their young striker from the youth team in Ansu Fati is one to watch out for.

Why Mauricio Pochettino joining Barcelona is not an option