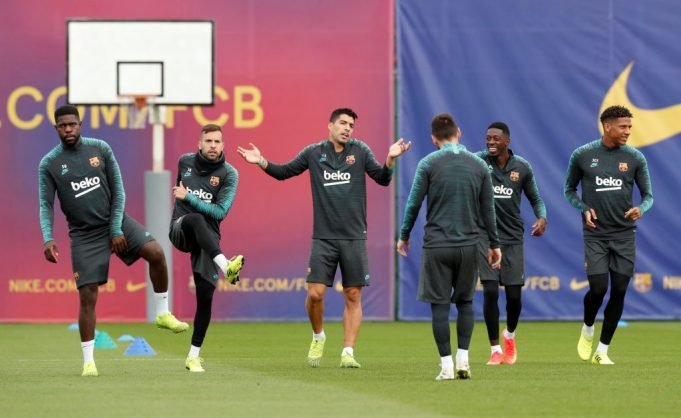 Gennaro Gattuso has warned the Napoli players of a Barcelona battering in their second leg Champions League meeting next month.

Napoli drew 1-1 at the San Paolo stadium back in March, in their first leg of the round of 16 tie.

After drawing against Sassuolo on Sunday, their head coach was not feeling optimistic about the team’s Champions League aspirations. Barcelona are coming off a poor season themselves but Gattuso is wary of their attacking firepower.

“They have someone, Messi, who can get the ball, go past ten players and score,” the former AC Milan coach said. “If we go into the match against Barça thinking they are in poor form, we’re closer to the hospital or cemetery than we are a victory.

“We can’t make any mistakes against Barcelona. If they have half a chance, they’ll put it into the top corner. We need to concentrate for 90 minutes. People think that’s easy but it really isn’t. We need to be smart, cover the spaces in the right way and maintain our focus.”

Barcelona have already conceded the Copa del Rey and the La Liga this season. Quique Setien only has the Champions League to secure his future at the club and Napoli have already tested the side back in Italy. The Blaugrana fans will not be overly optimistic for the meeting on 8th August.