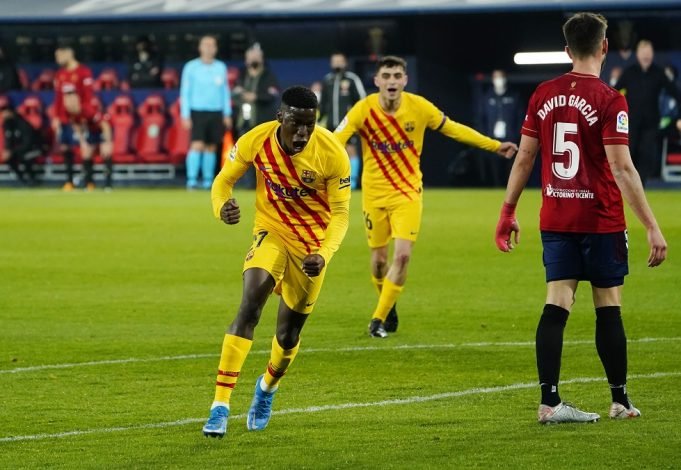 Ilaix Moriba has made the breakthrough to the Barcelona first team.

Now, his plan is to get his contract extended. The player’s father is hoping to remain at the club for the long term.

Father, Mamady, told Sport, “With this dynamic, thanks to Koeman, I am 100 percent thinking of Barça. Why leave? At that age, taking the risk of going to another team when you have a coach that takes a chance on a kid from La Masia in a tough game like the Sevilla one… You have to appreciate that. Hardly anyone does it.

“I hope Ilaix never leaves and can be an example for the next generation at La Masia. I want kids who have doubts about staying to see Ilaix and choose to stay. It happened with Messi, Iniesta, Busquets, Xavi, etc.I hope he can always stay at Barça.”

Moriba’s emergence has caught the eye of plenty around the football world, calling him one of the best talents to come out of the La Masia academy. Barca have begun talks over a new deal and want to increase his release clause over £85m.

Manchester United are very closely monitoring his situation. His current deal is set to last until June 2022.