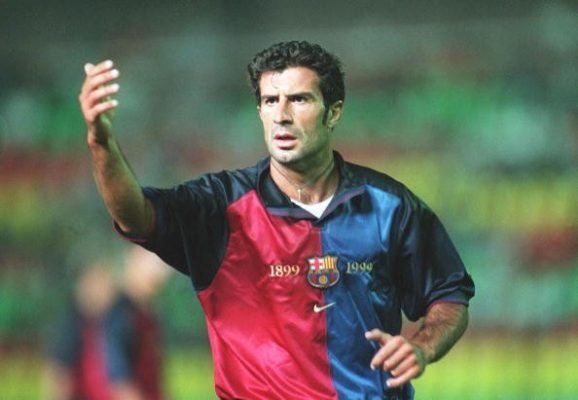 Luis Figo does not believe Lionel Messi will ever leave Barcelona for Real Madrid like he did two decades back.

Even with the rising complications going on behind the scenes at Camp Nou, Messi is not expected to leave camp and join their direct rivals this summer.

An 8-2 defeat and four seasons of Champions League disappointments might be enough to frustrate the six-time Balon d’Or winner but it shouldn’t motivate him to join Real, according to Figo. In 2000, the former Portuguese midfielder headlined one of the most shocking transfers in football history, leaving Barcelona for the Galacticos.

Ever since then, he has been touted as one of the most hated footballers despite his legendary status in the game. Speaking ahead of Sunday’s Champions League final, Figo said (via AS), “It will be impossible for any club to pay up Messi’s release clause this year. There’s not much movement in the transfer market at the moment. I think it’s very difficult or even impossible for any club to be able pay Messi’s contract.”

When asked if there was any chance Messi would consider joining Los Blancos, the 2000 Ballon d’Or winner replied, “For me, I think it’s impossible we’ll see anything similar to what happened with me 20 years ago.”

Real paid Barcelona €62 million for Figo and ended up winning the La Liga title twice and the 2002 Champions League with him.

READ MORE: Top 5 Barcelona Players to be sold in Summer 2020

Eric Garcia sends a message to critics after Spain win

Miralem Pjanic frustrated due to lack of playing time