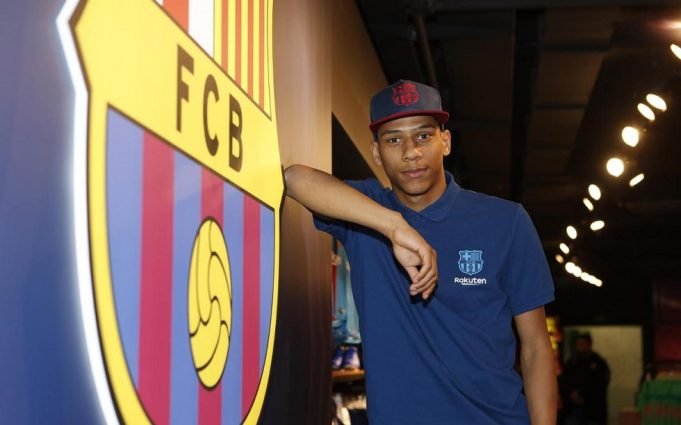 Jean-Clair Todibo has left Barcelona after only a year with them.

The defender moved to Schalke on loan for the remainder of the season with an option to make it permanent for €25m.

Barca did receive an initial €1.5m in loan fee from the German outfit. Todibo was signed from Toulouse in January 2019 but only appeared in 4 La Liga games under Ernesto Valverde. He was ruled out as a flop signing as even the manager was sacked from his position at Camp Nou.

Todibo’s prospects did not work out at Barcelona and he could hardly expect any more playing time from the new boss, Quique Setien. The 20-year-old will enjoy more playing in the Bundesliga under David Wagner.

“We said during the training camp in Spain that we would only be active in the market if something opened up that would help us,” the Schalke coach said.

“That’s definitely the case for Jean-Clair, who is one of the best young central defenders in Europe. Since Benjamin Stambouli’s recovery is taking a little longer than we had all hoped, it makes sense to bring in another central defender. He can also play in defensive midfield.

“We will all do our best to support him in the development of his clear potential. We’re looking forward to having him.”

Barcelona face difficulty in registering Gavi to their first team