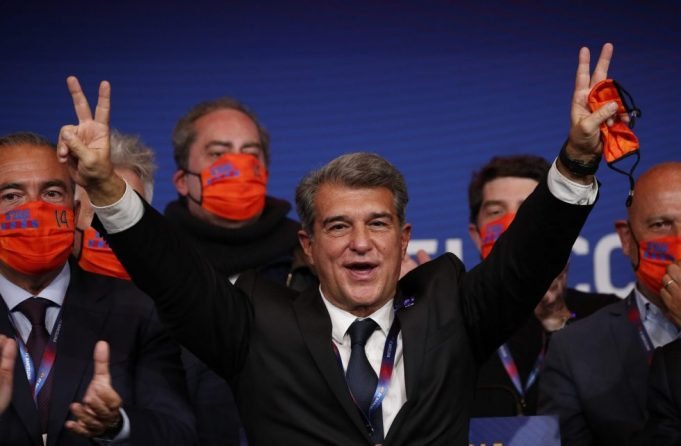 Barcelona’s finances are a matter of serious concern.

Club president, Joan Laporta revealed during a press conference on Monday just how badly the situation has turned on it’s head.

“This press conference is called because I want to put several situations into context and to explain what we have found when we arrived at the club,” Laporta began. “The salary policy that we stumbled upon from the previous board is wrong, it’s what the experts call the inverted pyramid, where veterans have long contracts and young players have short ones, and that makes it very difficult to renegotiate contracts.

“We have a salary bill that represents 103% of the club’s total income. The previous board had someone to discover talents in South America. He charged €8m, an inappropriate amount. Barcelona have a negative net worth of €451m. The sports payroll is €617m, between 25% and 30% more than our competitors.

“I received the letter from Bartomeu and I see it full of lies. With an effort to justify a management that is unjustifiable. Nor do I share the numbers that Bartomeu is talking about. We absolutely disagree. They are responsible until March 17th, 2021.

“No one will escape their responsibilities. As of today, the debt is €1.35bn. The economic and patrimonial situation is very worrying and the financial situation is dramatic. In Bartomeu’s letter he spoke of another €90m salary cut planned. The truth is that the players didn’t even want to talk to him.”