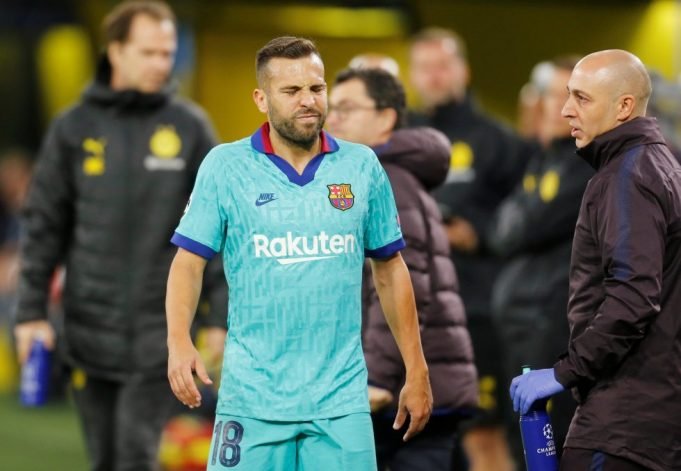 Barcelona lost once again on Sunday night against Celta Vigo, ending their hopes of winning the La Liga.

Jordi Alba believes it was up to the players for ending their campaign on such a dismal note, losing 2-1 at Camp Nou.

“The first half was very good, they hardly got into our half and then get a goal from outside the box,” Alba told Movistar.

“We had the game under control, we were creating chances. The second half was not so good. Celta are a team that play good football. It was tough and their second goal was bad luck.”

“We have to give value to the Copa del Rey but it’s true that it’s now a lot of games without winning,” he added.

“We depended on ourselves, we’d done the hard work, cutting back all those points, and we didn’t then take advantage by going top.”

“The players, we’re to blame when things go badly,” the defender said. “We tried today, above all in the first half, but Celta are a good team and it was hard. That’s football. It’s a shame to lose.”

Barcelona only have to face Eibar next season with just a Copa del Rey trophy to show for it.

Koeman – We need to maintain this form to win La Liga