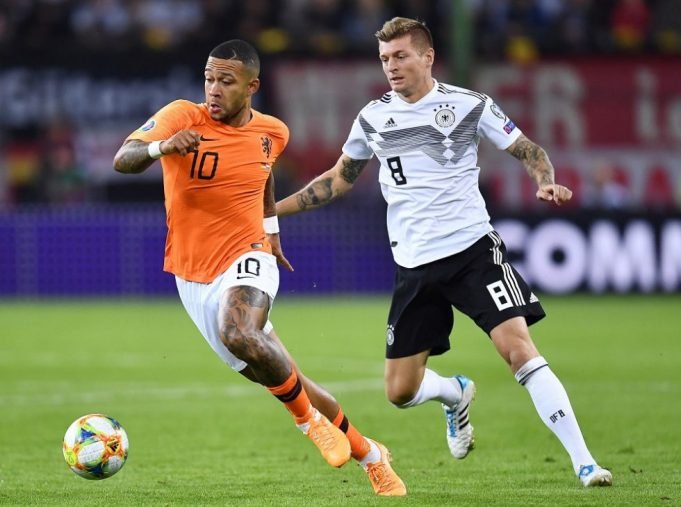 If recent reports are anything to go by, Depay is head to Barcelona this summer on a free transfer.

The 27-year-old will reunite with Ronald Koeman at Camp Nou and look to improve their front line.

“Memphis Depay just wanted a team for himself,” Juninho told OLTV. “It’s not a criticism, I had a good relationship with him.

“But on the other hand, the whole team had to revolve around him and that is very hard. Everyone should feel like they’re working the same.

“There are only four players in the world where you have to do everything for them: Messi, Ronaldo, Neymar and Mbappe. If you have one of them, then the team can revolve around them.

“Sorry, I think that Depay is strong, but he’s not at their level. And I think that he has to work harder without the ball.”

Not many fans feel differently from Juninho’s assessment of Depay. But it also a bit vindictive and unprofessional to pass comments regarding a departing player. Depay saw out his contract with the utmost level of dedication to the Ligue 1 outfit.

At 27, it is understandable that he would want to play for one of the biggest clubs.

Dembele hits back at Barcelona and ‘shameful lies’