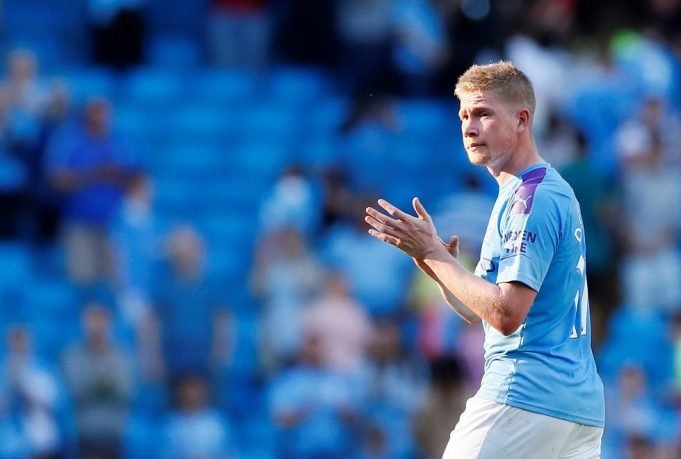 Kevin De Bruyne’s agent talked up his connections with the Barcelona staff amidst rumours of a Manchester City exit.

What was looking like a certainty at the Etihad has turned around right after City’s UEFA ban was lifted. They have shelved their fears of losing top talents like De Bruyne or Bernardo Silva to Barcelona.

“People asked me all the time if Kevin would leave without the Champions League,” De Bruyne’s agent, Patrick de Koster told Het Laatste Nieuws. “Some tabloids are just looking for thrills… Kevin is very happy in Manchester with his family; he; he gets appreciation and plays on good terms. And with one of the best teams in the world. In the best league. In the Premier League you play a final every week.”

“There’s always interest in players of Kevin’s calibre,” he continued. “But they don’t call. They might, huh. I know the people of Barcelona or Juventus, for example, very well.

“I can still email Marina Granovskaia (director at Chelsea, ed.) if I want a ticket. But I’m not taking advantage of that. If it really should, then it can go fast. We’ve got the direct contacts. Juventus or PSG – I’ll name just two – know it’s just for now. I haven’t even got any calls in the last few months. Again, we’ve never taken any steps to force an exit…”

“I’ve never signed an extension where the player suddenly gets less,” he added. “That’s not happening; it’s not going down. Not even in corona times. But we’re in no hurry. I don’t care how much I get, as long as I have most of everybody. We don’t reason like that. What’s coming, that’s coming.

“His impact on City is great. It would be abnormal if Kevin didn’t become the ‘Player of the Year’ in England. Allez, that’s what I think. He’s one of the best five worldwide.”