FC Barcelona Latest News.com
Home Barcelona News Lautaro Martinez Has Been Impressive But Not As Much As Suarez 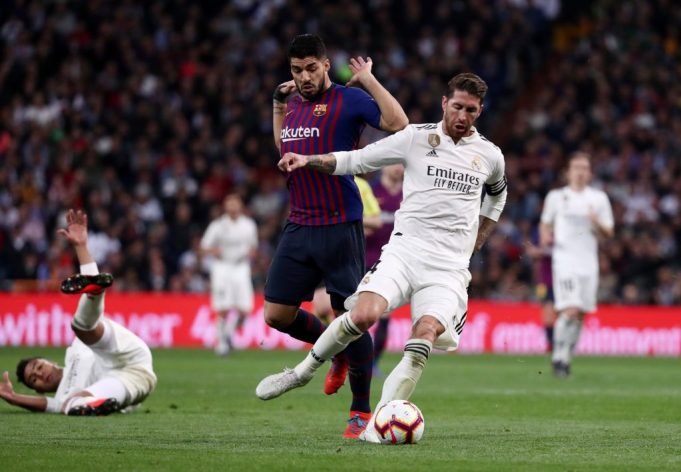 Luis Suarez’s contributions this season should not get overshadowed by the hyper around Lautaro Martinez, according to former Inter and Barcelona forward, Samuel Eto’o.

Martinez has been strongly linked with a move to Camp Nou as the ultimate replacement for Suarez. The latter turned 33 this year and is open to clearing the spot for his successor.

However, Suarez has been nothing short of brilliant for Barcelona this campaign. He has 24 goal contributions in 23 games, 14 goals and 10 assists. Martinez is definitely one to build a future around at 22 but he is still coming into his own at Inter.

“I love Suarez, he’s one of the best in the world in his position,” Eto’o told Catalunya Radio on Wednesday. “Barca always have to strengthen, but they don’t need to stand down a general like Luis Suarez. In his position, he’s a general and you cannot compare him with anyone.

“Lautaro is doing really well with Inter and has a future, but people have a tendency to forget recent history and Luis is writing history, not just at Barca, but in football. That has to be recognised. That doesn’t impede bringing in another player to add competition to the group, knowing how many games Barca have, but a little respect for those that have written history.”