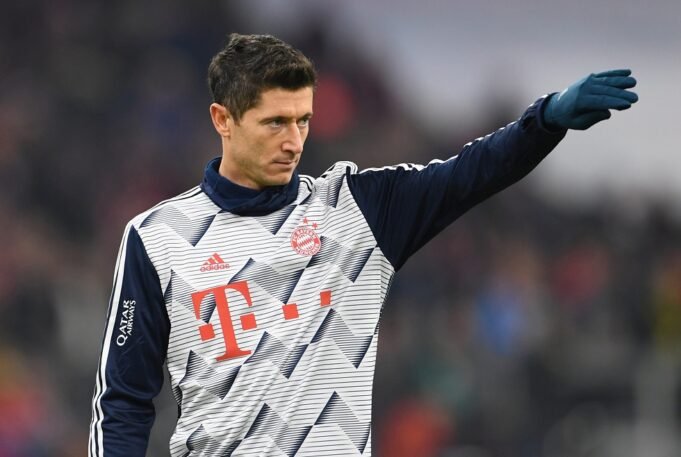 Lewandowski is currently with the Poland squad preparing for UEFA Nations League.

Barcelona target Robert Lewandowski has called his era at Allianz Arena “over”. The Bundesliga striker is keen to leave Bayern Munich during this summer’s transfer window.

The Poland international was outstanding in the 2021-22 season, scoring 50 goals and registering seven assists in 46 appearances across all competitions.

The 33-year-old will see his contract expiring next June, and he has recently hinted a desire to leave the German champions before 2022/23.

Lewandowski said to reporters: “My era at Bayern is over. I don’t see any possibility to continue playing for this club anymore. Bayern’s a serious club and I believe they won’t keep me, I don’t want to play there anymore. A transfer is the best solution. I hope they don’t stop me,”

However, the striker’s agent Pini Zahavi recently told Bild: “For Robert Lewandowski, FC Bayern is history. Robert wants to leave FC Bayern after eight years in which he gave the club everything.

“Now, at almost 34, he has the opportunity to fulfil a lifetime dream and join the club he always dreamed of. Why is FC Bayern denying him this opportunity?

Lewandowski has netted 344 goals and registered 72 assists in 374 appearances for Bayern in all competitions. He has won eight Bundesliga titles, three German Cups and the Champions League.

Lewandowski is currently with the Poland squad preparing for their upcoming UEFA Nations League matches.

Valverde reveals what happened to Barcelona on that Anfield night

Memphis Depay believes Xavi can turn things around at Barcelona