The Barcelona star has dropped a transfer bombshell on his team. So what are the Lionel Messi next club odds

Barcelona were gifted with the miracle of Messi after a young prodigy broke through the La Masia ranks to become the best player in the world. Messi never knew or needed another club. The love between the city and the footballer was unique and beautiful.

They created endless memories with Messi forever becoming a legend not just of the club or the game but also of human epitome.

However, as the years progressed, the club became more and more dependant on the player. It was understandable but until it reached the point that the board was reliant on Messi bailing them out of the unfavorable situations created by the club themselves.

The man to lead that corrupted mission was their president Josep Maria Bartomeu and it seems he has now pushed Messi to the exit point.

After suffering Champions League humiliation for three years in a row, Messi has understood the leach in the club in the form of Bartomeu is just going to keep mooching off his hard work to keep his job while putting on the blame on the footballers.

He has now handed in an official and legal transfer request via burofax telling the club he wants out. The club are yet to make an official statement but outside the club there are calls already for the head of Bartomeu.

So looking back at Messi now, who are the clubs who can afford him and what are the odds? 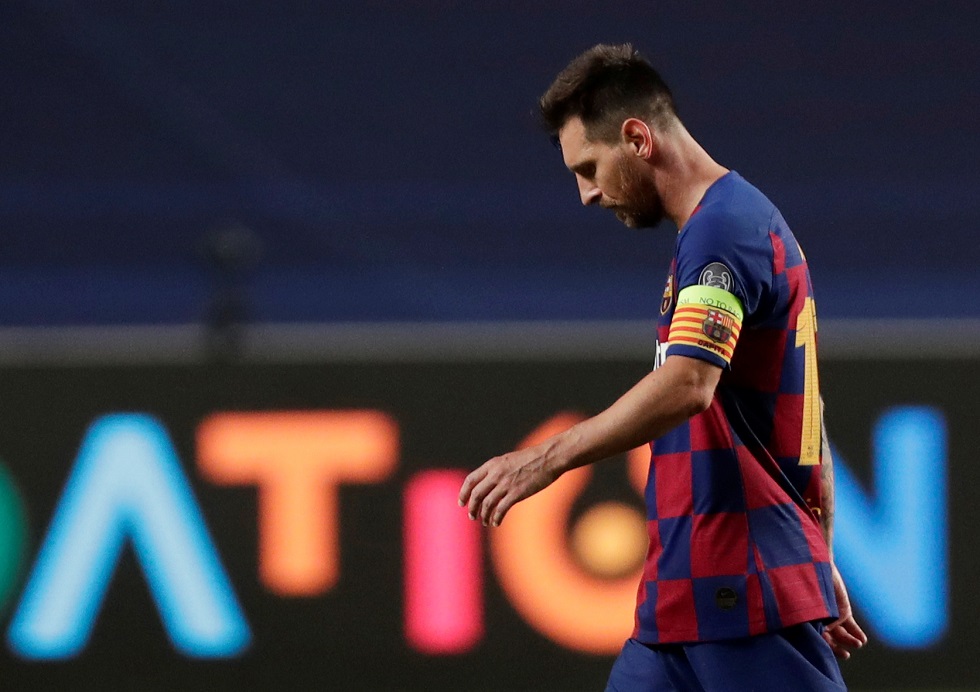 What are the odds and who are the favorites to land Messi? Find out all about Lionel Messi next club odds

They are the club right now who are reportedly leading the race for the player right now. And of course, you guessed it – it is the Pep Guardiola factor.

The player has played with the Manchester City manager before. They ruled world football together from 2008-2012. So they will want to reunite once again at City.

Lionel Messi has a problem with the board and his ex-teammates and other Barcelona legends have backed the player to move away from Barcelona making Manchester City the frontrunners. to his signature.

This is what the latest is:

At this hour,
15:35 of August 26 of 2020,
it is more likely that Messi will play next season with Manchester City than with Barcelona.
Messi at Manchester City.
Mamma mia.
@tancredipalmeri

Moreover, Messi has voiced his opinion about Pep Guardiola – admitting that he was the best boss Messi has played for.

“Guardiola is the best of all,” he said. “Luis Enrique is a very close [second].

“I was fortunate to live many different stages of my life, but I think the Guardiola era was one of my best moments.”

He added: “I was called up the day before the game, was made to go to Guardiola’s office at the Ciutat Esportiva, and I was told he had been watching Madrid’s games a lot, as he did with every opponent.

“He had been talking with (Barca assistant boss) Tito Vilanova and they had thought about me playing as a false nine. He was going to put Samuel Eto’o and Thierry Henry on the outside, and I was going to play as the false centre-forward.

“I wasn’t going to stay there, but rather come out and join up with the central midfield. The idea was that Madrid’s centre-backs would follow me out, and the two fast wingers that we had would go around the back.

“In fact, one of Henry’s goals was like that. It was a surprise for us and for Madrid. I remember that we had a lot of possession, and we always had an extra man in the middle of the park.

Messi further has even reportedly called Guardiola and held talks with him.

Rio Ferdinand’s tweet set alight Chelsea’s trail for Messi. Last night he was on social media encouraging Lampard to go for Messi and it has some base behind it.

Chelsea have had a stellar window and have wrapped up a few signings. They seem unstoppable at the moment with more transfers lined up and with a free agent Messi available, it will be ideal for Chelsea to bring home the Messiah of football.

The idea of Messi lining up with Havertz, Ziyech, Pulisic and Werner seems perfect for Chelsea right now.

They have quickly ruled themselves out of the running for Jadon Sancho and now can potentially use that money to sign Messi! He would slot right into that empty right wing and United will have a terryfying front 3 with Pogba and Bruno behind.

Moreover, financially speaking, United remain one of the few clubs who can actually sign him!

One of the clubs in Europe right now who can very well afford Lionel Messi is Ligue 1 giants Paris Saint-Germain.

Messi here could get a chance to unite with his former Barcelona teammate and World Cup win Neymar Jr. Neymar left for PSG in July 2017 for a fee of 222 million euros – and now with Messi gearing up to leave the Catalan club, he could very well follow in the same footsteps as Neymar.

Further, PSG head coach Thomas Tuchel is more than happy to him join the Ligue 1 champions.

“He [Messi] is very welcome! We lost lots of players for this campaign only and we lose now Thiago Silva and Eric Maxim Choupo-Moting. We need to use the transfer window now to make the squad bigger,” Tuchel told BT Sport.

“The campaign will be very demanding without any breaks. We need to build a strong, strong squad.

“We decided not to talk about transfers in this period here. We will sit together in the next days. We have many things to do to keep the level of the squad.

However, Tuchel said all this before the news of Messi leaving Barca broke out – and how the tables have turned now.

“What coach says no to Messi? I think Messi finishes his career in Barcelona. He is Mr. Barcelona.”

That’s true – you can’t really say no to Messi!

Who does not want to see the two GOATs play together once? Messi leaving and joining Juventus to team up with Cristiano Ronaldo at Turin will be a dream move for most fans of football and Juventus wil be seemingly impossible to stop from winning anything.

Dybala running channels between the two GOATs and Messi will finally get his hands on the CL again for sure!

Another club in Italy who can realistically pull of this transfer. They have had a lot of contact and a lot of reports telling people that Messi is on his way to Italy where Inter Milan bosses are ready to bring him to Milan.

Their boss Conte seemed  to think that a move would never happen earlier: “I think both of those scenarios are pretty improbable!

“I am holding on tight to my players, as they are giving their all, I can guarantee that.

“It’d be easier to move the Duomo than to bring Messi to Inter!”

How sure are you now, Antonio?

No, you cannot imagine this. Neither can we. Nor can any Barcelona fan. However, there is a chance Messi might do it anyway. A few days back no one could actually think that Messi would leave Barcelona so why can he not join Real Madrid now?

He is a big player, a Galactico Perez would love to sign. Madrid have the finances to get anyone they want and getting Messi will have the added pleasure of getting under the skin of Barcelona.

Stay tuned to find out more about Lionel Messi next club odds!

Ivan Rakitic Not Happy With His Scoring Record For Barcelona

Barcelona predicted line up vs Cadiz: Starting 11 for Barcelona!