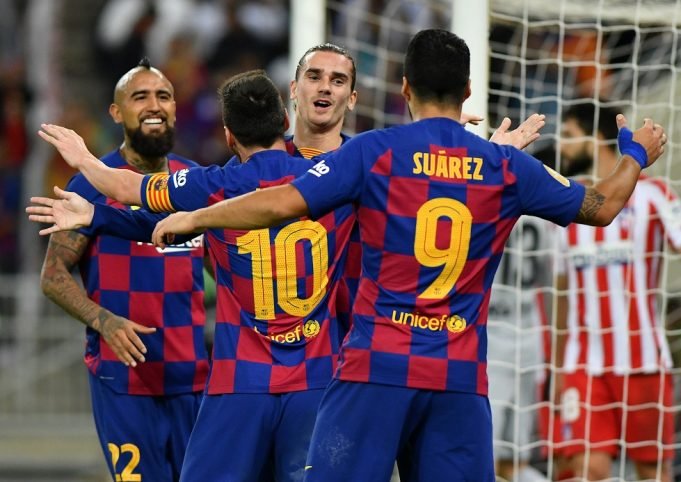 Luis Suarez has defended Ernesto Valverde in the wake of Barcelona’s 2-3 defeat to Atletico Madrid.

The Blaugrana dropped out of the Supercopa de Espana even after going 2-1 up through Lionel Messi and Antoine Griezmann.

Alvara Morata equalized the game from the penalty spot and then Angel Correa wrapped up the win nearly in the finaly minutes of the game. “[Valverde] is not to blame, the mistakes were ours and we can’t make them,” Suarez said post-match.

“I do not know if they are defeats that help us grow, [but] this defeat shows that there are things to correct. It shows us that there are mistakes that cannot be committed because we were in control of the game and we have allowed them to hit us on the counter-attack.”

Griezmann expressed his frustrations after the defeat to rivals and letting them walk on to the finals against Real Madrid. “I think we lost due to our own errors and they had the legs at the end,” Griezmann said. “It cost us and we have to work hard in order to continue.

“We all made errors. I played a bad pass and then their goal arrived. They are errors which can cost you a Champions League or a league title.”