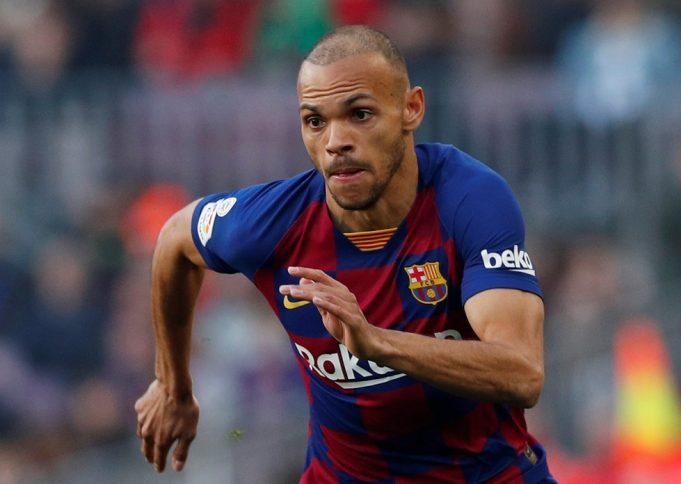 Martin Braithwaite has addressed his doubters by claiming long future with Barcelona.

The Denmark international arrived on an emergency transfer from Leganes last month.

Quique Setien was forced to activate the winger’s £18m release clause after losing both Luis Suarez and Ousmane Dembele to long-term injuries. Of course, it came as a shock to many, who Barca were going after a player who was engaged in the England second division only two years back.

But the strength of the occasion has not gotten to Braithwaite. He expressed confidence after a strong start to his Barca career, even starting against Real Sociedad last weekend.

“I’m here to be here for many years,” he told Sport. “People have their opinions, I’ve only heard positive stuff but if that’s what people say they’re going to be surprised when I’m here next season playing in the Champions League.

“So it’s nice, it’s a goal I can write down to surprise people because I’m going to be here for many years.”

Braithwaite is expected to be largely a backup option once top stars return. Barca were a bit shorthanded in attack with just Antoine Griezmann, Lionel Messi and a 17-year-old Ansu Fati in the squad ranks.