By the time you read this, the match between Barcelona and Juventus in the UEFA Champions League has already finished.

It is a highly-anticipated match not only because it is the clash between the two leading teams in the Champions League Group G (at the time of writing, the Barca only leads by 3 points) but also because both teams have a world-class football star in their squads: Messi and Ronaldo.

The reunion that put all soccer betting outlets on the lookout is the first in almost three years. Even if you only look at the odds, it’s clear that it will be a high-class clash: both teams are expected to score, and Barca is expected to score more than 1.5 goals. Whatever the result might be, it will surely be a worthy clash between the footballers considered among the best this year.

As we mentioned above, this will not be the first time the two football stars meet in the field. Actually, the two have met pretty frequently when both of them were playing in La Liga. The two players have met 35 times on the turf, either representing their respective clubs (Ronaldo played for three clubs while Messi only strengthened Barca’s ranks) and their countries. 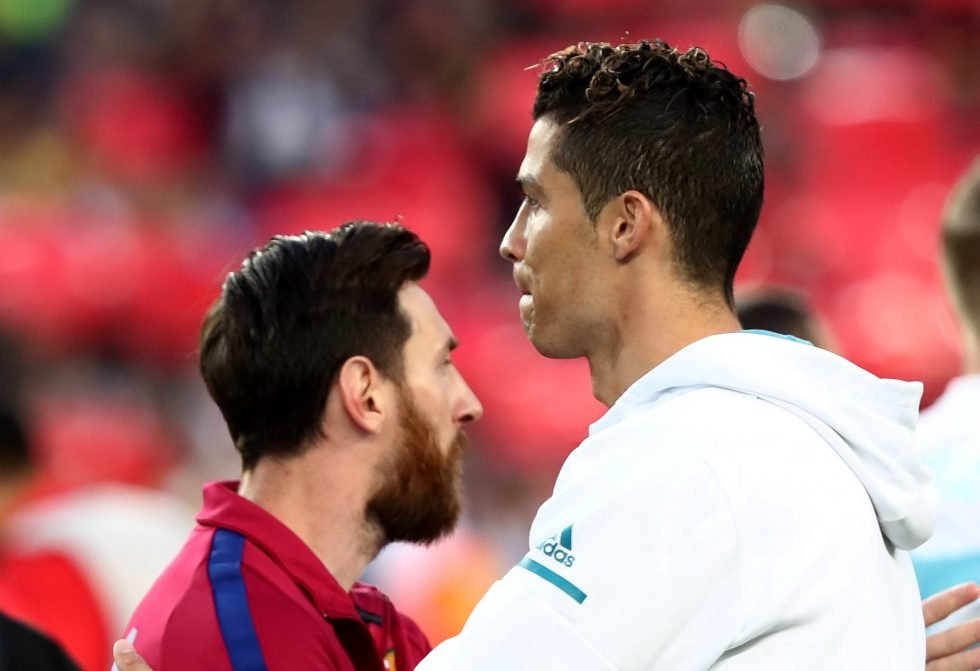 The two players first met in 2008 when Barcelona met Manchester United at Old Trafford.
Neither of the two scored in the match – it ended in a goalless draw. It was the first leg of the teams’ Champions League match – in the second leg, Scholes scored Manchester’s winning goal. The match was played early in both players’ careers: Messi was 20 at the time, and Ronaldo, 23.

Messi did better in the CL

Out of the times the two football stars played against each other in the Champions League, the Argentine player has scored more times, and netted the more wins with the team: Messi has 16 wins on record against Ronaldo’s 10, and 22 goals against the Portuguese player’s 19.

Five of these games were in the Champions League knockout stage – but never before have they met in the group stage. Here, once again, Messi bested his Portuguese rival, leading by two wins, and 3 goals.

But Ronaldo did great in La Liga

El Clásico is the name given to one of Spain’s longest-running derbies involving Real Madrid and Barcelona, started with a match in 1902 (Barca won). In the last decade, the highlight of the derby was, without a doubt, pitting the two stars against each other.

Messi and Ronaldo met several times while both playing in La Liga but one of the first – and most memorable – of their meetings was in the November 2010 match where Messi set up two goals and played a pivotal role in Barca’s humiliating 5-0 victory. Next April, Ronaldo had his revenge: with a 103th-minute header, he snatched the cup right from under Barca’s noses.

A year later, the adversaries met again in the field – once again, Ronaldo had a memorable performance, scoring the 109th goal of the season, a record for La Liga until that time. And in 2013, he scored twice in Real’s 3-1 victory against Barca.

Friends? No, but they’re not enemies either

These long-running rivalries usually come packed with a long-running private relationship
between the players. Not in the case of Messi and Ronaldo, though. Speaking to the press last autumn about his relationship with Ronaldo, Messi revealed that they are not friends – simply because they never had the occasion to play for the same team.

“Each one of us has our own life and our own commitments”, the Argentine said when asked about their relationship, making it clear that he would not refuse if his long-term rival invited him for dinner.

Well, maybe after the pandemic ends…