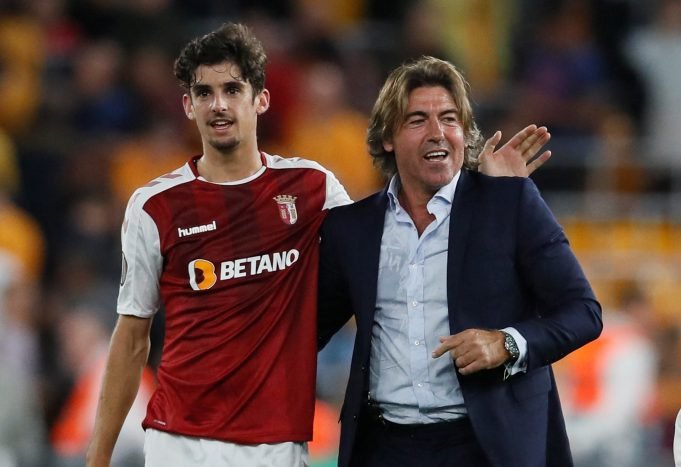 Braga charged €31 million for the services of Trincao, who is set to join the Blaugrana from the 2020/21 season.

Gomes believes Trincao has what it takes to break into the Barcelona starting lineup. He has also backed the left-footed forward to replicate some of Neymar’s heroics at Camp Nou.

“Trincao is very good and he’s very young so it’s a big step for him to play for Barcelona, let’s see how things will develop. But I believe that he’s ready to play because if you look at him from his early ages until now, he improved a lot,” Gomes told Stats Perform News.

“But even now when you look at him, for him it doesn’t matter if he’s playing against Porto or Benfica or a lower team. I believe he plays the game for fun, he plays the game and it doesn’t matter about the opponent. I believe Barcelona will give him even more strength and Barcelona will put him in difficult situations that will allow him to develop.

“Of course, to play for Barcelona if you are young you have to be better than your team-mates and you have to be aware that it will be not easy to arrive and to play in the first XI right away.

“But I think he will earn his place in the team with his quality and of course he will improve a lot with the players he will practice with every day and play together with – [Lionel] Messi for example, and other players will give him a lot of strength and a lot of things to improve even more.

“In terms of comparing him with another player, I don’t know, maybe he’s peculiar, he’s one that you can never expect what he will be doing so maybe with all the respect Neymar, because Neymar is also a player that with the ball is unpredictable and Trincao looks a little bit like him, he plays in the wing also so maybe Neymar.”

Live Streaming Barcelona vs Inter Milan Champions League 2022? How To Watch Barcelona vs...