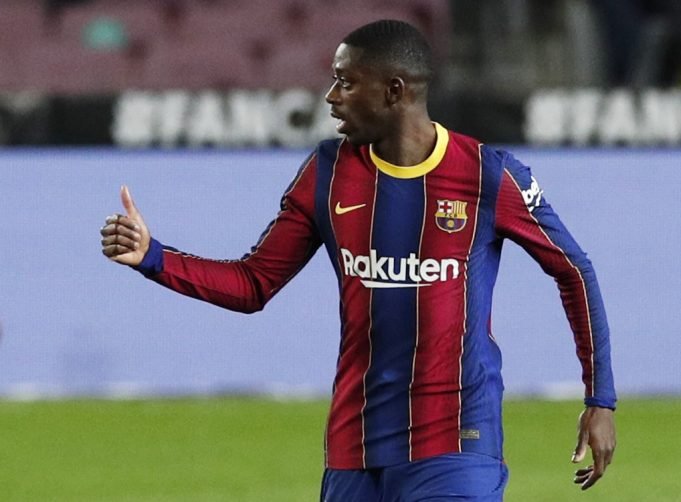 Ousmane Dembele has been heavily criticised for his lack of professionalism at Barcelona.

He had to be disciplined multiple times off the pitch and was noted to have a lacklustre fitness schedule.

However, fans have seen an upturn in form recently. Dembele, happy with his progress, revealed how Barca coaches have helped.

“Physically I think I have changed,” Dembele said. “When I arrived here, I was very fragile.

“I was starting as a professional at Stade Rennais and Borussia Dortmund, I was very fragile, but I have come a long way and I found fitness coaches here and everything changed.

“I received advice, when to attack, when to be calm with the ball. I liked to move forward only when I had the ball, and they told me to wait and try to find a teammate and not dribble three or four rivals.”

Dembele praised Ronald Koeman as well for his influence on the Barcelona dressing room. The Frenchman continued,  “A lot of things have changed with [Koeman], especially regarding training and preparing for the matches,” Dembele noted.

“Physically, we feel very good. The training is both about quality, and also high intensity. I think [Barcelona] are in top form. It’s great that we are midway the season, we have objectives and we will do everything possible to win titles.”

Barcelona predicted line up vs Osasuna: Starting 11 for Barcelona!

Pedri feels Barcelona don’t deserve to be in Champions League

Lionel Messi Leaving Will Open Up Doors For Barcelona Youngsters