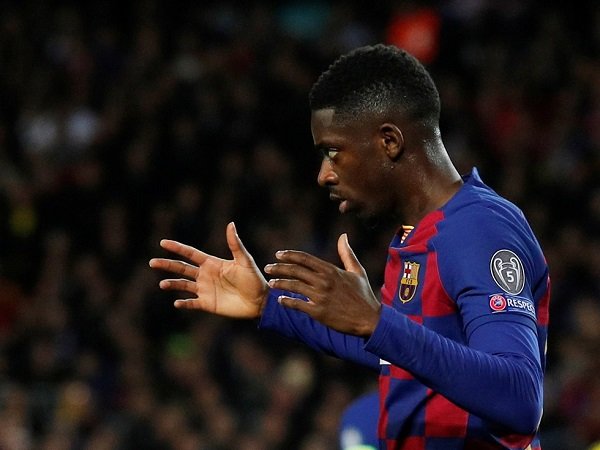 Ousmane Dembele has picked up another injury ahead of Barcelona’s Champions League clash against Juventus.

After several muscle issues, Dembele has only made 86 appearances since signing for Barca in 2017.

Test results showed that it is a hamstring pull this time with no return date set yet. Ronald Koeman will be disappointed with this bit of news, given how his team is struggling for form right now.

Dembele managed to stay injury-free this season, scoring four and laying out 2 assists in 12 appearances. It finally seemed like he was making up for lost time when he hits the rehabilitation room once again.

Barca’s unfotunate domestic form luckily has not translated to the European fixtures. They are top of group G with 5 wins in 5. After beating Juventus 2-0 at Camp Nou, they are expected to put the pressure on again at Turin.

Of course, this time, Cristiano Ronaldo will not be absent. Finally, we will get to see both him and Lionel Messi clash in a top fixture other than the El Clasico. Dembele would have been a good outlet either on the left flank.

His pace, directness and creativity would have caused some problems for the Juve defence but now Philippe Coutinho will have to shoulder that responsibility. The Brazilian has not been perfect either but at least is available for selection.