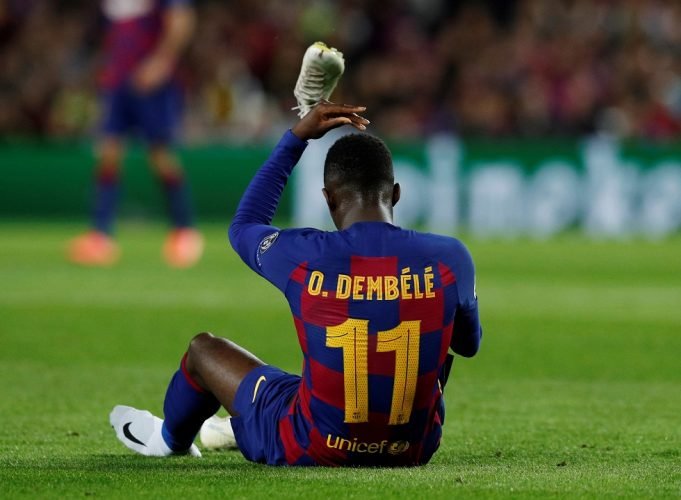 Ousmane Dembele has suffered yet another injury setback.

Barcelona confirmed the winger felt “discomfort in his right leg as a consequence of muscle fatigue”. He was aiming to recover from a thigh sprain.

It continues to be an ongoing theme with Dembele as rumours previously escalated about his less than optimal lifestyle. The Frenchman has had to face several disciplinary rulings from the club after his £120m arrival from Borussia Dortmund.

He has been at the Camp Nou for over three years and is yet to fulfil his potential as a marquee signing. His constant bouts on the sidelines forced Barca to go out and sign Antoine Griezmann last summer.

Of course, Dembele has faced his share of consequences by dropping down the pecking order. Rising youngster, Ansu Fati has broken out as a potential star and has already made quite impression under Quique Setien.

The coach did forward his well wishes to Dembele. He even defended that the Frenchman will justify Barcelona’s decision to not sign a striker. Of course, the comments were prior to the latest injury news. There is no set time on when the 22-year-old would return and this could prove to be a real blow in their pursuit of trophies this season.

Aymeric Laporte On Barcelona’s Radar For The Summer

Koeman has my backing – Laporta