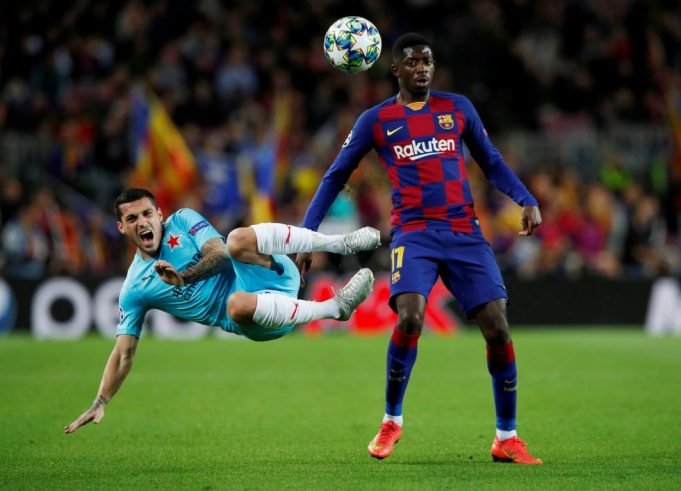 Ousmane Dembele’s future at Barcelona is highly uncertain as the end of the transfer window edges closer.

Manchester United have reportedly contacted the Blaugrana over a potential loan deal for him.

Whether they will end up signing him, remains to be seen. Chances are not as low as it might have seemed before under Quique Setien. Now that Ronald Koeman is holding the reigns, fans are witnessing a massive number of personnel changes across the club.

The summer clearout has already seen five players exit Camp Nou and more are tipped to follow. Everton want Jean-Claire Todibo and United want Dembele. The Red Devils have earmarked him as an alternative to their main target, Jadon Sancho.

With Borussia Dortmund holding strong on their £120m valuation, United will likely miss out, at least this summer. All reports leading up to this week has stated clearly that Dembele has already rejected United. He wants to fight his way back into the Barca lineup and Koeman is ready to give him a shot.

The Frenchman’s career has turned upside down after a string of injuries at Camp Nou. Many fans think Barca might have overpaid in their €135m transfer for him but the winger is ready to prove them wrong. Unfortunately, the decision could end up resting in Barca’s hands.

La Liga put out a statement siding with Barcelona against Messi transfer!