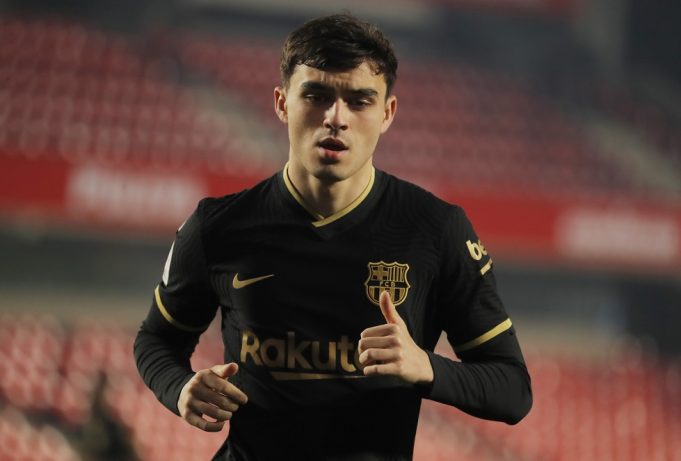 Pedri pleased to get acquainted with Eric Garcia while on Spain duty.

Both players shared the pitch for the first time for La Rojas after becoming teammates at club level this summer.

Garcia switched Manchester City for his former side, Barcelona on a free transfer. He saw out his contract with the Cityzens since his heart was set on returning to Camp Nou. Pedri has broken out as a star over the course of last season at just 18 years of age.

Pedri told Sport: “I didn’t know him at U21 level but from March with Spain. We have a very good relationship, making jokes. The way he brings the ball out is spectacular. He’ll bring a lot to Barca.”

He added: “Yes, Busi is a spectacle. I love playing with him, how he plays and how he reads the game in every moment. He’s always in the right place, that’s great support. I’ve played all season with him and we have a good relationship off the pitch too. It’s a pride to play with someone who’s done so many things.”