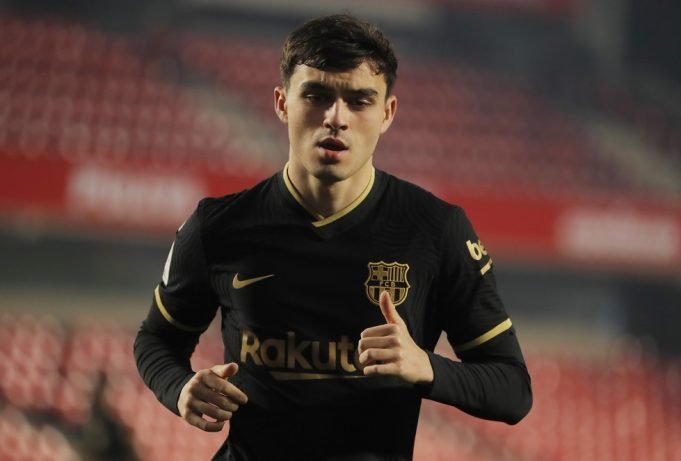 Barcelona are working to tie down Pedri’s long-term future at the club.

This past season has been incredible for Pedri in his bright footballing career.

He crossed the record number of games featured in by an outfield player this summer, executing his duties for the Spain national side. He established himself as a starter for both club and country at the tender age of just 18.

Pedri is viewed as the next coming of prodigious talent who will carrry Barcelona’s flag for years to come. His involvement in 74 games last season and immediately rejoining Barca in pre-season shows the type of commitment he has.

Ronald Koeman has specifically asked for Pedri to spend a fortnight away after his involvement in the Euros. The teenager will get to spend a short holiday before coming back to Camp Nou for the 2021/22 campaign.

Of course, there is a growing interest in the player. His stock has skyrocketed after his performances in the Euros. Luis Enrique picked Pedri overall established professionals like Thiago Alcantara and others. Barca are fashing contract issues with other youngsters like Illaix Moriba.

“I spoke with him two or three weeks ago. More as a person than as a coach. His (Moriba’s) situation is horrible”, as per reports from Marca.

It is in their interest to avoid such a situation with Pedri.

PSG to work in silence over Messi coup