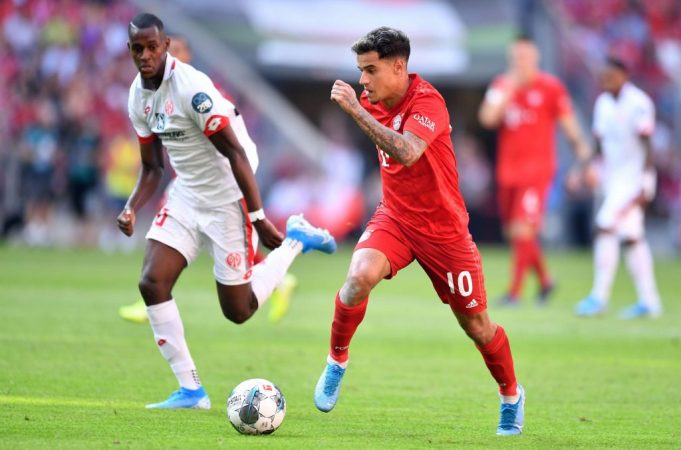 The Brazilian helped Bayern Munich to European glory after being loaned out by the Camp Nou outfit. It wasn’t the most prolific loan spell for him but he did manage to win the treble.

“Of course, I have to go back to Barcelona and then we’ll see what happens,” Coutinho explained in an interview with Movistar+ after Sunday’s final. “I haven’t really thought about it much, I’ve only been focused on the final. What I can say is that I really want to work hard to have a great year, but let’s see what happens.”

Coutinho’s Champions League victory will help ease the pain of leaving Liverpool only a year before them winning it. He added, “We had a great season and we are very happy. We’ve deserved this and it’s a special feeling. I’m finding it hard to describe, I’m very happy and we are going to enjoy this a lot today.”

Coutinho has been strongly linked with a Premier League return but no club is ready to pay his asking price. Arsenal, Chelsea and Tottenham were interested in adding him on loan but all London clubs might have dropped the chase.